“There is therefore now no condemnation for those who are in Christ Jesus.” What a relief. God never labels me a Loser. He never dismisses me. Writes me off. Withdraws from relationship. 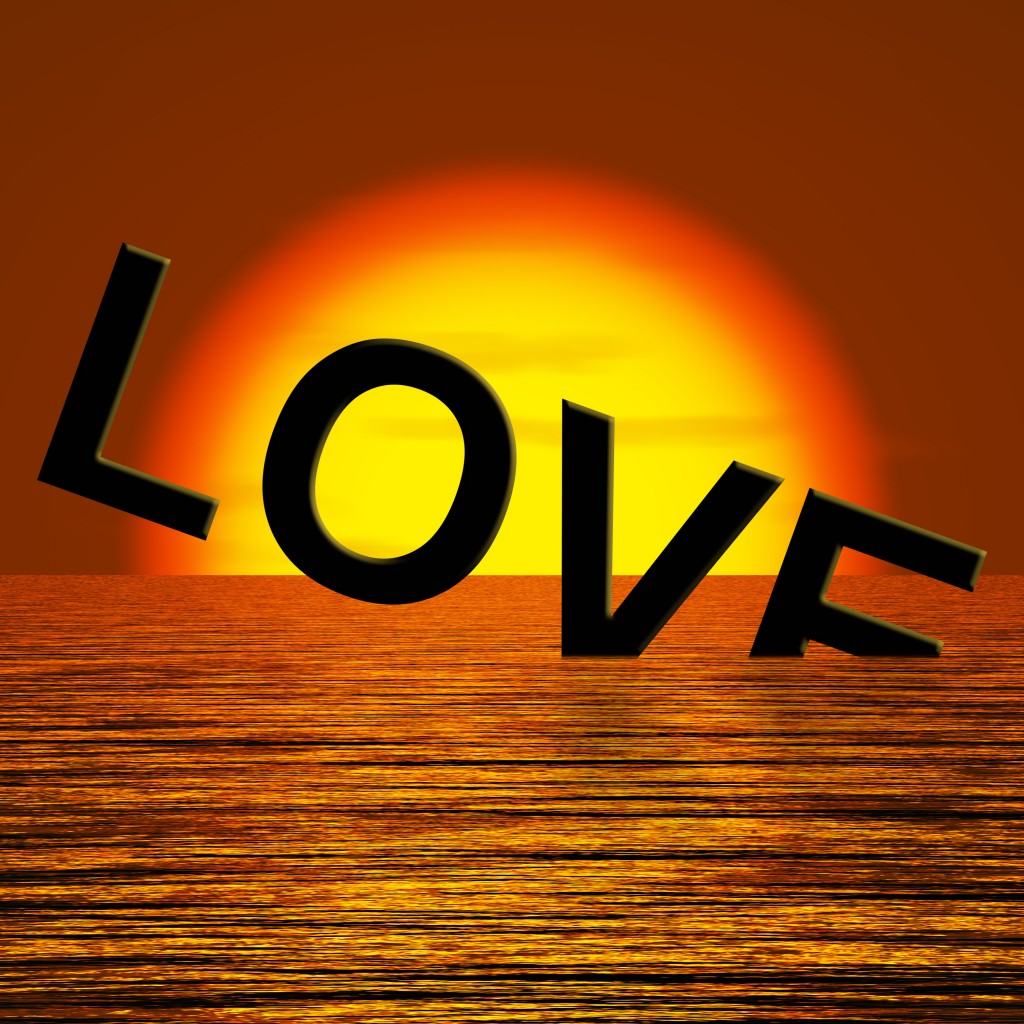 But it is one of the Holy Spirit’s jobs to convict us all of sin. And we’ve all felt his sharp elbows in our guilty little ribs. So what is the difference here? How can we live the difference between conviction that brings a proper response to the grave reality of our sin without getting sucked out to sea in an undertow of self-condemnation and regret?

First, understand the difference between condemnation and conviction.What is condemnation? To condemn is to pass sentence, to declare to be reprehensible, wrong, or evil. (John 3:18 Whoever believes in [Jesus] is not condemned, but whoever does not believe is condemned already, because he has not believed in the name of the only Son of God.)What is conviction? To convict is the act of convincing a person of error or wrongdoing or compelling the admission of a truth.It is Nathan, David’s prophet, telling him a story about a rich man who takes his neighbor’s beloved lamb. “You are the man.” It is the Holy Spirit using the story to penetrate the hardness of David’s rationalization of his adultery with Bathsheba. “I am the man.”

It is Jesus asking Peter three times “Do you love me?” And Peter, who had betrayed Jesus three times, reaffirming his love for Jesus, cut to the quick.

It is Jesus assuring Peter, “You are not disqualified. Now take care of my sheep.”

Condemnation brings a sentence. You are guilty. You are damned. It is a sea of regret. Endless replays of failure and disappointment in ourselves. It is worldly grief.

My struggle between living under condemnation or conviction, worldly grief or godly grief, played out in high relief in a major episode in my writing career. This is how I described it in my book, Godsight: Renewing the Eyes of Our Hearts:

<<A few weeks later an editor returned my manuscript with rewrites that no longer sounded like me and requests for extensive changes. If you’ve ever opened an e-mail to see someone’s fat red lines through all your lovingly conceived little words, you know it can feel as if you’ve opened the door to the principal and the head of the PTA, and they look at you with faces furrowed with grief and tell you that, some of your beautiful children are simply, well, how shall we put it…LOSERS, and must be dropped from their classes and sentenced to hard labor in hairnets in the cafeteria. It is Rejection with a capital R.

I responded to the editor: “I feel like the tower that absorbed the impact of (our family crisis) and still stood until yesterday. Then the cuts and rewrites of (the manuscript) collapsed just one floor of an already fragile structure, taking the whole tower down. Last night and this morning it’s just rubble.” >>

Now you should know that I had an amazing editor, a brilliant author in his own right, co-author with Chuck Colson and others, so the edits were really good and helpful. Just like the Spirit’s conviction is good and helpful. But I couldn’t receive it.

<<When I try and fail, it can be a golden opportunity for God to expose the pride that hides. I had placed more confidence than I realized in myself and my abilities. Instead of taking my editor’s advice with a teachable heart, instead of feeling convicted of my (many) errors, I took it as condemnation.  I lapsed into deep anxiety about my future. How will I be able to love well or serve with my gifts? Do I have what it takes? Will people want me? If I was so blind to my true condition, and I have failed so badly, then I have no hope that I can succeed in the future, either in relationships or ministry.

When God uses hurt to reveal the true guilt of my failure (in this case a pride that inflated my own ability), the enemy, in turn, is happy to dump truckloads of false guilt. If he can’t tempt me to think, Aren’t we wonderful?” he’d just as soon take, Aren’t we horrible! As long as my prayers are, one way or the other, all about me —my repentance, my desperate cries for help, my pleas for God to use me—it tastes just as sweet to the one who wants to devour me. [It is the worldly sorrow of condemnation.]

Or, the times when we are overwhelmed with our own failure can result in a broken-hearted grief that brings us closer to God. [The godly sorrow of conviction.] As Oswald Chambers said, “the point of the hurt is the great point of revelation.” We see the fallen depths of our own soul and our deep need for God.

But when we focus on our brokenness and indulge our grief, when we want to hide because we are focused on our shame, or we fear rejection, when we cannot forgive ourselves because we have fallen so short of our longing and vision of who we want to be, we can become just as consumed with ourselves as when we are bent on rising.

In her book How to Find Selfless Joy in a Me-First World, professional counselor Leslie Vernick writes, “My friend Lois once told me, ‘Self-love is self-love, whether it parades as pride and importance or masquerades as self-pity, worthlessness and low self-esteem. They are not opposites, but two sides of the same coin. A penny is still a penny no matter which side is up. I is the most important word.”

John Piper wrote, “Self-pity is the voice of pride in the heart of the weak…. The need self-pity feels does not come from a sense of unworthiness, but from a sense of unrecognized worthiness. It is the response of unapplauded pride.”

When I finally touched the true and utter unworthiness of my heart before God, I found it hard to forgive myself and receive God’s grace. This too can be a kind of pride that exaggerates my own misery in the face of God’s power to do the very thing he came to do—release the captive and bind up the broken hearts.

And surely a manuscript that doesn’t sound like me and needs work is not the end of my dreams but rather an opportunity to grow both as a writer and a woman who embraces criticism and becomes teachable rather than bailing,–Who NEEDS this I quit!–or blaming–If you really got me and my book you would love my little LOSER words! Although I was also dealing with a family crisis I think my use of the word picture of the collapsing towers reflected how I was speaking from the middle of a big mess of shattered pride. I could not see the true measure of my pain in the context of the largeness of God.

The only way I have found to quiet the dark voices dumping truckloads of condemnation that results in self-pity and anxiety is to let Christ heal the wounds of my heart, speaking the simple truths of Scripture into the depths of my soul. “He forgives your sins every one.” “There is therefore now no condemnation” from God. “Why are you condemning yourself?” I imagine the battle. I see that it is the enemy who is hurling the accusations of failure and worthlessness.  I turn my imagination to Christ on the cross—his passion for me, his intense desire to forgive me and his promise never to leave me. Christ on the throne—his vision for my future and his promise to share his throne with me.>>

“You are not disqualified. Now take care of my sheep.”

The other side of the coin

I always appreciate your transparency and have been blessed by your story in Godsight. While rejecting an editor’s edits may be “pride,” as you have identified in your case, authors I respect like Ann Voskamp and Sarah Markley, have shared of experiences where an editor attempted to edit their own voice out of a piece. Thankfully, both had the courage to draw the line. As writers, especially women writers, I think it’s important to look at the other side of this coin. Yes, we must be open to others’ input and evaluate ourselves for pride, but, ultimately, we are the stewards of our own voices and message. Of course, the nature of the edits is important, but it’s also important to pay attention to our gut. Sometimes our gut is telling us our personhood, not just our pride, is being trespassed.

You can never address all concerns in every context. My husband quotes a seminary prof famous for saying that every sermon borders on heresy for exactly those reasons.

I agree with you…editors can intrude on/take away our voice. And some of that was indeed going on. I didn’t just rubber stamp the edits, but mostly rewrote them to take into consideration the bigger principles the editor was trying to communicate yet still make the text sound more like me. This was a chapter on God’s painful exposur of our pride. Still, might have been better with a caveat addressed to what you’ve brought up. Good point.

2 thoughts on “If God doesn’t condemn me, then why all the regret? Why the feeling that I just don’t measure up or have what it takes?”