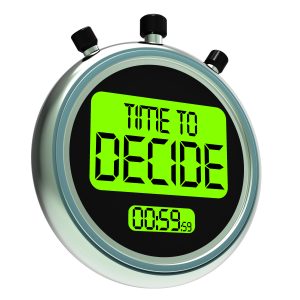 There are one hundred and fifty homes in my South Carolina suburban subdivision…and not one yard sign for Hillary or Trump. Not one bumper sticker on the cars parked in the driveways.

Last week in Gatlinburg, TN, the gateway to the Great Smokey Mountains National Park, we stood on the main drag in high leaf-peeping season and in fifteen minutes counted license plates from twenty-five different states. Again, not one bumper sticker.

People might hold their noses and vote for the Supreme Court or against the seething midnight tweeter, but not too many seem willing to publicly identify with either candidate in this don’t ask, don’t tell election.

Too many of us agree with the lyrics of Paul Simon’s “Mrs. Robinson”:
“…Going to the candidates’ debate.
Laugh about it, shout about it
When you’ve got to choose
Every way you look at this you lose.”

Which is why none of us should be guilting the others about our choices. (Note to Pastor Jeffress of First Baptist Church, Dallas who looked in the camera and called evangelicals “fools” and “hypocrites” if we didn’t vote for Trump.) We should respect each other’s struggle and honor each one’s freedom of conscience before God.

[Sidebar: It is a struggle, but we can’t not vote. Too many people have died to give us that freedom. Our struggle to decide pales beside my father-in-law’s struggle to carry on in the battle for the Pacific with kamakazi pilots diving at his ship. It pales beside Abigail Adams’ struggle to run their farm alone for years while John was serving in Congress or overseas trying to secure funds and European support for our fledgling nation.

What are we prepared to do to honor their sacrifice and our country? We can at least push through the discomfort of choosing a candidate and vote.]

As we make our final choices, each heart has its reasons. I see fiscal conservatives who value conservative principles so highly they cannot bring themselves to vote for the “King of Debt.”

I see women like Beth Moore who have been sexually abused who cannot vote for someone who brags on the bus about kissing and groping women and getting away with it because they are powerful. I see other women who have suffered in a marriage to a narcissist who cannot bring themselves to vote for one. As a woman who has dealt with groping and a narcissist at close range for many years I totally empathize and understand.

Charles Krauthammer has written, “This is beyond narcissism…His needs are more primitive, an infantile hunger for approval and praise, a craving that can never be satisfied. He lives in a cocoon of solipsism where the world outside himself has value — indeed exists — only insofar as it sustains and inflates him.” “He is unfit for the presidency.”

I agree he is unfit. But so is Hillary. I have prayed for God to intervene in this election. That he would give us a good, just and wise president. I think he has intervened. Just not in the way I hoped.

He has intervened to expose the true heart of each candidate. He has orchestrated a dueling banjo reveal of Hillary’s corrupt collusions and quid pro quos in counterpoint to the publicizing of Trump’s lewd talk and unwanted sexual advances. That which has been hidden has been manifest and that which was secret has been brought to light. In stereo. Day after day.

And the media has been complicit with Hillary to turn up the volume on Trump’s immorality and dial down on the volume on hers. That alone has prompted some people to decide to vote for Trump—to protest the media’s corruption.

I’m to the point where Hillary’s cumulative lies and corruption seems just as “deplorable” as Trump’s narcissism, vengefulness and sexual advances. She does what she wants, breaks the law, and uses “I don’t remember” to avoid accountability.

Because I believe in a gospel of repentance I don’t believe either is irredeemable, but I don’t see repentance on either side. Both seem personally unfit to be president. But barring a more devastating intervention by God one of these two will be president.

So I’m turning to other criteria to vote. What are your reasons and priorities for voting? I’ll tell you mine:

My heart doesn’t want to vote for someone I don’t like, trust or respect. But my head insists there are reasons to vote based on Kingdom priorities. What is best for God’s kingdom that is also best for America? What does he value and treasure?

Life
The Author of life values life. “Rescue those who are perishing…” “Choose life.” More than any pocketbook issue, I want to value life. Serve the women at my local crisis pregnancy center. Vote for pro-life candidates. The Democratic platform not only endorses abortion but wants to abolish the Hyde amendment, which means they want to use my tax dollars to pay for it. May it never be.

Trump has promised to nominate pro-life Supreme Court Justices. He may not have the character to follow through on his promise, but possible damage seems better than certain destruction.

If only those babies being torn limb from limb could cry out and be heard. Last summer’s under-cover videos of Planned Parenthood exposed their body parts being bartered and sold. It is indefensible. But Hillary defends it.

Free Exercise of Religion
The Bill of Rights guarantees freedom of religion but we are increasingly seeing LGBT advocates infringe upon our freedom to live as we believe in the public square.

In response to their advocacy we are seeing elected Democrats appeal to the courts to expose Christian colleges to lawsuits for not granting gay “rights” like allowing gay couples in married student housing. We are seeing Christian bakers, caterers and photographers being fined for not helping gays celebrate their weddings. We’re even seeing largely Democratic states like Massachusetts force churches to have a transgender bathroom policy. Additionally, we have seen a Democratic administration fine Christian businessmen who don’t want to pay for insurance covering abortions. Thankfully the Supreme Court blocked them, but only by one vote.

Hillary supports this primarily Democrat-driven erosion of the free exercise of religion. According to the third debate she wants to choose Supreme Court Justices who will extend LBGT rights even further.

I want to grow in understanding and empathy toward LBGT people. But many in their own ranks are ashamed to see them become increasingly intolerant of Christians as they gain more rights.

The Republican Platform says, “We support laws to confirm the longstanding American tradition that religious individuals and institutions can educate young people, receive government benefits, and participate in public debates without having to check their religious beliefs at the door…

Pro-family
I’ve already written about how I believe the Obama administration’s transgender bathroom policy is creating great confusion over sexual roles among young people. It is setting the pace for the imposition of teaching about gender fluidity and creating division between schools who will recognize whatever gender a student chooses on any given day and parents who will not.

The Democratic Platform states, “We will oppose all state efforts to discriminate against LGBT individuals, including legislation that restricts the right to access public spaces. (Churches and Christian Schools are regarded by advocates as ‘public spaces.’) We…[reject] the misuse of religion to discriminate. We will…improve school climates.”

The Republican Platform says that, “the cornerstone of the family is natural marriage, the union of one man and one woman…Children raised in a two-parent household tend to be physically and emotionally healthier, more likely to do well in school, less likely to use drugs and alcohol, engage in crime or become pregnant outside of marriage.” They propose many legislative initiatives to strengthen families and pull them out of poverty.

The Democratic Platform does not recognize the advantages of strong, two-parent families or have a section that casts a vision for what makes for strong families.

Both candidates take many positions on issues God cares deeply about—poverty, being good stewards of the environment–too many to mention here. But without a commitment to life, religious freedom and strong families our nation will not flourish.

Each of us must vote our conscience before God. And we must respect each other’s freedom to choose what priorities, evidence and stories we value most. I am not voting for a person as much as I’m voting for a future that most reflects my values.

Ultimately God is sovereign over this election. “The LORD kills and brings to life; he brings down to Sheol and raises up. The LORD makes poor and makes rich; he brings low and he exalts” (1 Samuel 2:6-7). On Wednesday, Nov 9th he will not care for us any less or shepherd us with less goodness or justice or mercy. We can relax because we will wake up in a world that, as Dallas Willard has said, “is perfectly safe for us.” I am finally at the point where I can take this to heart.

There may be a form of danger, but for those of us who are already living an eternal kind of life, God has shown us at the cross how he is utterly in control and can redeem anything for our ultimate joy and his glory.  And I am deeply, lovingly grateful.