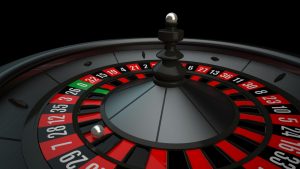 In The Year of Living Biblically A.J. Jacobs, general editor of Esquire magazine, writes, “Julie [his wife] always told me that things happen for a reason. To which I would reply, Sure, things happen for a reason. Certain chemical reactions take place in people’s brains, and they cause those people to move their mouths and arms. That’s the reason. But, I thought, there’s no greater purpose.”

We all long to know where our lives in particular and history in general are going. Does everything happen by chance? Or is God directing the course of human events with purpose? Are our lives part of a larger story (a meta-narrative) that’s going somewhere?

A.J.’s view of purposelessness reflects a modern, secular worldview: chance mutations and natural selection are the driving forces of history. With all species competing in the great race of life, all evolving like blind drunks with no direction or purpose in mind, history turned out to be the chance story of human progress—the “ascent of man.” Had earth’s climate favored gigantic rodents, history might have been written only in fossils, not books.

Darwin’s theory of evolution blew fresh wind into the sails of the Enlightenment view of history. French thinkers had rejected the idea that God was directing the course of history, substituting instead their own teleology: Directed by reason, mankind would move toward a more perfect civilization.

By blending Darwin’s and the Enlightenment’s visions of progress, modern thinkers offered a new purpose of history: Although there is no longer an author, there is still a grand story of progress enabled by science. Given enough money, technology, and especially education, mankind can create a utopia.

The brimming optimism of early 20th century thinkers hit the wall of reality in the trenches of World War I, the holocausts of World War II, and the atrocities of Stalin’s and Mao’s “more perfect civilizations.” 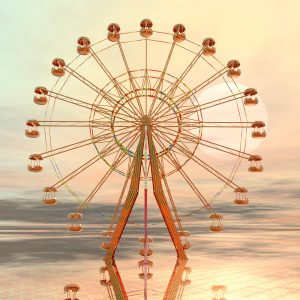 In our own postmodern times, families are breaking down, politics as well. Suicide, opioids and death by despair are becoming epidemic, and people’s confidence in reason and progress is flagging. Where is the promised utopia?

Perhaps, if there is no author, then there is no larger story. History may not be going anywhere. If chance, not progress, is the driving force, then life is a “tournament of narratives.” A person can only create their own small story and make it as interesting as possible.

But the 9/11s of history and the brokenness of our own lives cry out for meaning. As Julie said, there has to be a reason. When chance displaces purpose, it also crushes hope. Even A.J. admits, “Now I sometimes think Julie is right. There is a reason. There has to be. Otherwise, it’s all too absurd. The world can’t be that Dadaist.”

The Bible declares that God, the living treasure, created mankind with a purpose: to give himself as a gift to those who would reach out and find him, though he is not far from each of us (Acts 17). He is directing a larger story of creation, fall, redemption.  At the still point of history he died on a cross to atone for our sin. He promises ultimately to redeem all the tragedies of history.   If we believe and receive him, he will exchange the mourning of our personal lives with the gladness of his presence and a future beyond imagining.

Malcolm Muggeridge wrote in The End of Christendom

We look back upon history and what do we see? Empires rising and falling, revolutions and counter-revolutions; wealth accumulated and wealth dispersed. I heard a crazed, cracked Austrian who announced to the world the establishment of a Reich that would last a thousand years. I’ve seen an Italian clown say he was going to stop and restart the calendar with his own ascension to power. I met a murderous judge and brigand in the Kremlin proclaimed by the intellectual elite of the world as wiser than Solomon, more humane than Marcus Aurelius, more enlightened than Buddha. All in one lifetime, all in one lifetime, gone—gone with the wind.

Hitler and Mussolini, dead and remembered only in infamy. Stalin, a forbidden name in the regime he helped found…Behind the debris of these solemn supermen and these self-styled imperial diplomatists stands the gigantic figure of one person because of whom, by whom, in whom, and through whom alone mankind may still have hope. The person of Jesus Christ.

2 thoughts on “Do things happen for a reason, or by chance?”