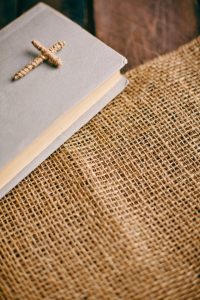 2019—a new beginning. My heart is filled with hope and also lament—the makings of a David-styled patchwork psalm from my own heart to God.

God is a righteous judge, and a God who feels indignation every day, Psalm 7:11.

As I look into this new year, read the news and take the stories and research to heart, I too feel indignant. And deeply sad. Lord how can it be that…

…56 million a year are dying from abortion, almost four times as many as from heart disease and stroke (the next leading cause of death). These little ones are human beings, yet, for no scientific reason, they are denied personhood by American law that promises to protect life.

…Entire groups of school friends are cheered as heroes with soaring social standing for surgically altering their bodies to match the “gender” they want to be. The doctors who will cut off breasts and penises and dispense powerful hormone therapy drugs are seen as “compassionate.”

…If a gay student wants to change his sexual feelings to like girls, THIS is unspeakable and taboo. And any therapist who would help altering sexual desire simply by talk therapy is “dangerous.” Guilty of a “barbaric” and “cruel” practice.

…When a Christian like Franklin Graham voices his his deep concern over trans men/students being allowed in women’s bath and locker rooms, his respectful insistence that “Facebook is trying to define truth” and “censor free speech” gets his account shut down. To claim that “God made the rules and His Word is truth” violates Facebook’s standards, at least for a day.

…The New York Times justifies their 87% negative coverage of Donald Trump as being “true to the facts, in a way that will stand up to history’s judgment.” (Even their negative story on the White House Egg Roll, which USA Today complemented.) Their highly edited selection of facts mixed with scorching and mocking advocacy abandons their commitment to reporting the facts and presumes an omniscient certitude of history’s verdict. Even when Watergate history shows that you are never more dangerous than when you are “convinced that the fate of the republic rests” on defending (or attacking) the president.

…ACLU, Amnesty International and other George Soros-funded groups insist that prostitution everywhere should be decriminalized to improve health and safety and destigmatize sex work, ignoring volumes of more current research documenting that violence and coercion do not decline with legalization. The average entry age of girls into sex trafficking is 13.

… More than half of the country’s income growth in the last decade went to the wealthiest 1 percent of American families.

…In the last 17 years our suicide rate increased by 25%. Deaths of despair—from alcoholism, drug addiction and suicide–have risen 51% in just the last 11 years.

…New Arizona senator Krysten Sinema swears her oath of office on an Arizona law book, rather than the Bible. A fitting response if you do not believe or respect the Bible. We swear by something we have confidence in. But Lord, what a real-time picture of rejecting You and your laws. And trusting there will be no negative consequences.

I am sad for Sen. Sinema and for our people. Lord, we know that you are a righteous judge. That rejecting you, not “honoring [you] as God or giving thanks to [you],” brings chilling consequences: we become “futile in [our] thinking, and [our] foolish hearts [are] darkened” (Romans 1). Lord, apart from you we do despair.

King Manasseh rejected you and yet Jerusalem stood for another hundred years. But then it fell. I tremble for our country when I read the despair of Lamentations. And yet, as Jeremiah wrote, “But this I call to mind, and therefore I have hope: The steadfast love of the LORD never ceases; his mercies never come to an end; they are new every morning; great is your faithfulness,” Lamentations 3:21-23.

Even today, Lord we see your steadfast love and mercy…

…Our official poverty rate, fairly constant since The War on Poverty began, has decreased to 12.3, down from 12.7%.

…Partnering with you in prayer we’ve seen the release of three prisoners from North Korea and Pastor Brunson from Turkey.

…Abortion became legal in Ireland this week, but 95% of doctors will not kill babies. Additionally, here in America, in 2018 forty abortion facilities closed or no longer qualify as abortion clinics, leaving only 79% of the clinics that were open in ’91 still open.

…Divorce is trending down, a great blessing to our children. And in our two church families only three in thirty years.

…Countless groups and individuals are joining arms to combat human trafficking. In our own community Lighthouse for Life is educating any group who asks about how to identify and help victims and also providing a safe home where they can be restored.

…In the case of Jack Phillips, the Colorado baker, the Supreme Court found that the Colorado Human Rights Commission acted with unwarranted hostility towards Phillip’s religious beliefs. Phillips showed his lack of discrimination by agreeing to serve any customer in his bake shop, but refused to use his artistic expression to create a cake to celebrate a gay wedding ceremony.

With you, Lord, we always have hope. We are confident that you will redeem all things and turn them to our good. Even if, for now, the conflict goes on and on.

Three weeks after the Supreme court win, Colorado state officials launched a new prosecution against Phillips because he refused to create a gender transition cake. Phillips filed a lawsuit alleging that they are waging a campaign of harassment against him. The officials have tried to get the court to dismiss Phillips’ suit, but yesterday the judge ruled that his suit may proceed. And so the battle continues for Jack.

In this world, in this year ahead, we will have trouble. So, Lord, we take our lament to you.
In this world we will have victories. We thank you and honor you Lord when you fight for us and deliver us.
And sometimes the conflict seems to stretch out as far as our eyes can see. We may not know what to do Lord, but our eyes are on you. Give us your peace and patience.
And may we walk humbly with you in 2019.