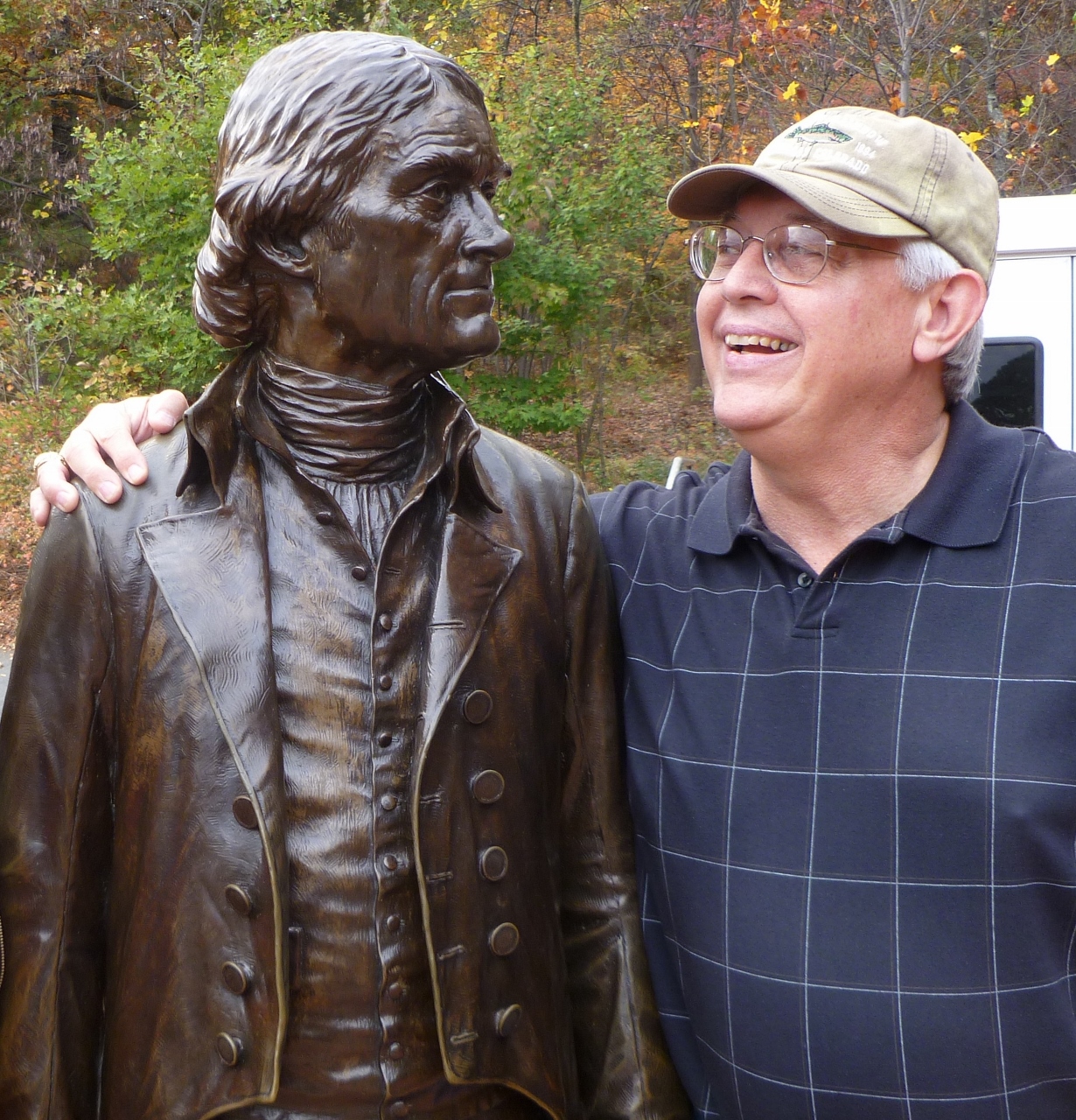 The leader of one grass-roots group, Take-em-Down NOLA, has said, “We recognize the original sin was the genocide of the Native Americans and the enslavement of the Africans. People bring up the fact that [slave masters] were Founding Fathers. That’s people’s opinions, but for us what disqualifies you is the slave-owning.”

Many have embraced this perspective: slavery and mistreatment based on race is the “original” and apparently unforgivable sin of America. They cannot join in the celebration of the founding of a racist state. As followers of Jesus, how should we respond? Especially on July 4th?

In a previous post I made the case for empathy for racial minorities with regard to removing Confederate symbols. However, where is it written that slaveholding and racial prejudice is the “original” or unforgivable sin? Not in the Bible.

The original sin was choosing self over God. All other sins pale by comparison. But even there, God’s grace covers our sin. Forgiveness is ours if we repent and turn to the One who died for our sin. He removes our guilt. Likewise we can forgive others who have sinned egregiously.

Even if we live in a time where we are blinded by sin that is universally accepted, God shows us that he still loves and accepts sinners. (While we were still sinners Christ died for us (Romans 5:8). There will be consequences for sin, but we can still love and accept others, although we cannot approve of their choices.

God restores big sinners who repent. Think of Abraham who lied and put Sarah in peril in the harem of a neighboring king. Twice! Think of Moses who killed the Egyptian. David who committed adultery and murder and still retained his crown. Big consequences resulted in exile, broken families, and painful loss. But the honor of Abraham, Moses and David remain. God called Abraham a “friend of God” and David “a man after my own heart.” He talked to Moses “face to face.” The clear pattern of their lives was to choose God by faith over self.

Can we still honor someone who lived and died, blinded by their sin and unrepentant?

• When someone gives you an extraordinary gift, and leaves an inestimable legacy, it is good to respond with gratitude and honor, especially in view of the last reason below.

Washington and Jefferson sacrificed deeply to give us our country. They risked being drawn and quartered, the loss of all they owned. They risked their “sacred honor,” their reputations and the right to be honored. They spent months, even years away from their families, either hammering out our Declaration and Constitution in Philadelphia, or fighting the Revolutionary War or seeking political and financial support in Europe. 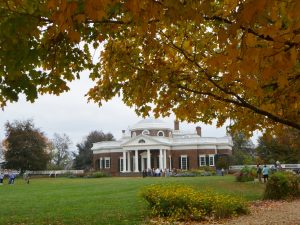 When it came to owning slaves, Washington freed his at his death. Jefferson, who cast the vision that “all men are created equal” and wrote it into our republic’s Declaration of Independence knew that he was not living consistently with his vision of freedom and equality. He simply did not have the character to translate that belief into actions. He lived a lavish lifestyle and could never bear to give it up. He was continually in debt but would not sell his property, including (as he saw it) his slaves, to settle his accounts. He left it for his children to deal with after his death.

The day is coming when blacks will have to face the tensions of dismissing the legacy of someone who has given them a great gift. Martin Luther King’s abuse of women cannot withstand the lack of forgiveness of today’s Me Too movement.

David Garrow, who wrote a Pulitzer Prize winning biography of Martin Luther King, recently wrote an article based on newly released FBI surveillance documents that state that “King was present in a hotel room when a friend of his, Baltimore pastor Logan Kearse, raped a woman who resisted participating in unspecified sexual acts. The FBI agent who surveilled the room asserted that King ‘looked on, laughed and offered advice.’ The original surveillance tapes will be released in 2027. They may confirm this abuse and extensive details of his philandering that will make it hard to honor him if his great blindness in this area cannot be forgiven.

• Finally, we should honor our slave-holding founders so we do not fall into chronological snobbery

C.S. Lewis cautioned against “the uncritical acceptance of the intellectual [or moral] climate common to our own age and the assumption that whatever has gone out of date is on that account discredited.”

He warns us that each subsequent generation seems to think that they have cornered the market on enlightenment and virtue. We mistakenly correlate technological progress with moral progress, even though we have plenty of examples of how advancing technology allied with very un-virtuous values has done great harm. The eugenics movement of the 20th century championed the Darwinian “Ascent of Man” by scientific elimination of “inferior” humans, forcing sterilization and other approaches until the holocaust exposed the folly of that “chronological snobbery.”

Lewis asserted that human cultures have their “pet virtues” and also their “curious insensibilities” to other virtues. He identified the “pet virtue” of British culture in the 50’s and 60’s as “humaneness.” Similarly today we might say it is “compassion.” But how can we make this claim? Why are our “pet virtues” superior to those of a previous time?

Our culture might criticize their value of “chastity” as repressive, a denial of natural human freedom. They might criticize our fallout of sexual immorality–the skyrocketing poverty of unwed mothers or babies sucked apart in their mother’s wombs–with Prof. Alan Bloom’s famous words: “a society’s greatest madness seems normal to itself.”

The point is not to devalue a particular virtue because it has become dated, but because it has been refuted and shown to promote more human misery and less human flourishing in the long run. Or, more to the point, it has been shown to run counter to the character of God, which is always the same thing. Only he knows what is truly the most compassionate way to live over the course of time far beyond our own limited lives.

When we value compassion for oppressed people over almost every other virtue, how can we know we are standing on firm moral ground? Clearly it’s wrong. Sinful. A lack of love. And has caused untold human suffering.

But how can we assert that it is the highest virtue? That slave holding is the “original sin”? That it disqualifies one from gratitude or honor even if the legacies of one’s life have born amazing fruit? That assertion is based on hidden, unquestioned assumptions.

In every period there are blind spots that later generations clearly see. The reasons for slavery based on race were based on hidden faulty assumptions about what it meant to be human, to be made with equal value in God’s image, that previous generations didn’t question. Thankfully those assumptions have been exposed and refuted.

Additionally, who are we to make that kind of judgment about owning slaves? Our own time is merely a period in intellectual history. Without some moral reference point that is outside time we are trapped by the moral opinions of our time. God provides such a reference point in his word. It says, “Pay to all what is due them — respect to whom respect is due (Rom 13:7).”

And leave their ultimate judgment to the One who knows exactly how damaging each sin is, and how lavish is his mercy on each one who turns to him.

Today I celebrate the great gift of America’s founding and cherish the legacy of Washington, Jefferson and all the other founders who sacrificed so much to give us our beautiful country.