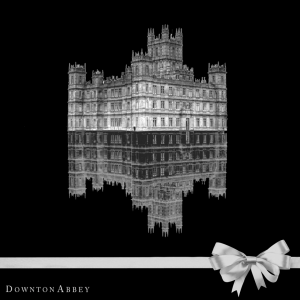 Upstairs their lordships must track down a new heir, Matthew, a young barrister, to inherit the title and the Downton Abbey estate, since daughters cannot inherit and the presumed heirs went down on the Titanic. Lord Grantham invites Matthew to help run the estate. He would love to see his eldest daughter marry Matthew and secure the family inheritance but is willing to sacrifice his desires for her own choice and happiness. He loves his wife and treats his staff with generosity and respect. He hires Bates, a former assistant to be his valet even though he limps from an old war wound.

Downstairs Carson the butler holds the staff to the highest standards of excellence befitting the standing of the house and its nobles. He knows when someone is filching the earl’s wine and can sniff out a false witness. Bates, the valet, who in years past went to prison to take the blame for his wife’s thievery, will not snitch on the real wine thief either, though it means he himself is suspect. Mr. Bates, whose wife has abandoned him, longs to marry Anna, Lady Mary’s maid, who shows great kindness to him and well, everyone. Together they walk into a church and pray for the problems that beset them.

Just when we think Matthew and Lady Mary are warming up, Mary is romanced by a dashing, exotic young Turk, Kemal Pamuk. He sneaks into her bedroom. She protests. But then…the camera fades. And then the great plot twist: He dies in her bedroom. Mary laments his death and her ruin should her secret become known. I cannot remember another modern heroine sick at heart over her own “lust”. The consequences roll down through Seasons 1 and 2 and right on into Season 3.

How is it, I’ve wondered, that Downton Abbey, so deeply anchored in the strong moral center of its key characters, is so immensely popular with 20 and 30 somethings? I have attended workshops for writing a Hollywood blockbuster. Rule #1: Create a flawed hero or heroine. A person with strengths and weaknesses whose moral center is conflicted and fuzzy. Then let him or her grow and change. But not so much.

“We live in an age of hyper-ironic humor, marriages that end at the first sign of trouble, and moral ambiguity everywhere – just turn to HBO or Showtime at 9 for lovable serial killers and such,” writes Ed Siegel of Boston NPR. “‘Downton Abbey’ features characters who strive with every bone in their body to do the right thing. And those who don’t are unmistakable villains.” (How true. When was the last time you watched a show where the villain was a homosexual? Who smoked!!?)

A clue to the show’s success might be found in John Mark Renold’s description of many college women he has observed, “They deck themselves out on Friday nights and, condoms in their purses, look for a hook up with…well, they don’t know yet. Back in their dorms they watch Jane Austen’s Pride and Prejudice until the emulsion wears thin.” They long for Mr. Darcys striding across the moores to come for them. Love and cherish them. Forever. But seem to settle for far less.

And Downton Abbey touches that longing. Yes, the writing is, with few exceptions, very strong, often terrific and the acting is magnificent. The British cast knows how to evoke intense emotion with a subtle word or gesture. But I wonder if the deeper reason Downton Abbey succeeds is because the moral ambiguity of our time is creating a deep hunger for moral clarity. I wonder if our commitment to moral freedom is creating a craving for connections and commitments that might feel dutiful at times, but provide the protections that communities and families and deep hearts need to build trust and enjoy the intimacy that can flourish there.

Ultimately (spoiler alert), Lady Mary strikes a Faustian bargain to wed a ruthless media mogul who aspires to aristocracy. He will have a blue blooded wife. She will escape scandal. He will buy but not publish the story of her secret from those who found her out, but if she ever crosses him he will indeed ruin her.

Her redemption comes when she humbles herself before her father, asking his forgiveness for her moral failure. He encourages her to break with the mogul and marry a husband who will be good to her, no matter the damage to the family name. Then she humbles herself to Matthew who also sacrifices his desire for a morally virtuous wife and, in the most beautiful snow globe-ish scene, with Downton Abbey all aglow in the background, asks her to marry him.

Many of my friends were turned on to Downton Abbey by their young adult children, just as Zach introduced us to it the day after we wandered through the great halls and giant fireplaces of the Biltmore House in Asheville, North Carolina. The opulence is alluring. The plot is riveting. But ultimately I believe it is the story of great moral good overcoming great moral evil that captures our hearts.

The ancient template of creation-fall-redemption evokes the meaning and joy of the Larger Story. Real goodness is alluring, breathtaking. People thronged to Jesus because his life and goodness touched the emptiness in their hearts. Healed their brokenness. On the cross extreme goodness overcame extreme evil. The white of virtue and steadfast love shines even more brightly against the black. Good stories dont just tell us, they show us the beauty of ovecoming and redemption.

2 thoughts on “Downton Abbey: A Technicolor Story Enfolds a Black and White World”