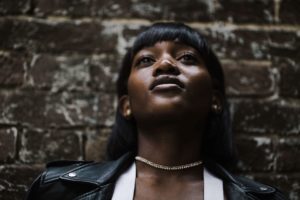 Critical Race Theory is in a definitional mess. When President Biden’s press secretary Jen Pasaki was asked what her boss thought about it recently, she responded, “The president believes that in our history, there are so many dark moments, and there is not just slavery and racism in our history. There is systemic racism that is still impacting society today…And he believes, as I believe as a parent of children, that kids should learn about our history.”

The message from the White House is that Critical Race Theory (CRT) is mainly about teaching the hard truth about slavery in our schools. But this is only one small aspect of of CRT. Other aspects of CRT are far more concerning.

What do our educators think about CRT?

What are we to make of the fact that the National Education Association convened recently and approved resolutions to “oppose attempts to ban critical race theory”? To help them do that they also voted to jumpstart a study that “critiques empire, white supremacy, anti-Blackness, anti-Indigeneity, racism, patriarchy, cisheteropatriarchy, capitalism, ableism, anthropocentrism, and other forms of power and oppression at the intersections of our society.”

And what are we to make of the fact that they have now erased the record of their approval of those resolutions from their website while they still aim to promote CRT in their districts?

It certainly appears that politicians and reporters want Americans to believe that CRT is just telling the truth about slavery. While the NEA has a different, much more controversial definition that they want to hide.

If we want to understand the conflict surrounding CRT, if we want to make an informed choice about whether CRT should be taught in our schools, we really need to know what CRT means.

What is the worldview framework of CRT?

When we ask, what do you mean by “Critical Race Theory?” we are asking a worldview question. Every worldview is ultimately based on one question: What do we believe is finally real and true? What counts for knowledge—true, justified belief?

The answer to that question frames all other worldview questions and answers such questions as, What is morally good and evil? What is wrong with the world? How can it be fixed? How can we find meaning and hope? In order to make sense of our world and know how to flourish in it we have to have a trustworthy source of knowledge.

One of the fundamental beliefs of CRT is the “centrality of lived experience.” What primarily counts as true, justified belief is knowledge gained by living as an oppressed racial minority. The role of whites is to listen. Their lived experience as white in America not only limits their understanding of what it means to live as a person of color in America, it increasingly does not count as real knowledge that might contribute value to the discussion of racism or finding solutions.

This approach to knowledge and reality also rules out the reliability of the Bible to speak to racial issues because only Jewish authors wrote it. Therefore, it has no authentic black or Hispanic voices to help determine what is essentially real, true, just and valuable in today’s national discussion on race.

CRT is becoming a worldview for many

Our worldview provides a larger story of the way the world works. As we look at the historical flow of worldviews we can see how CRT is becoming a worldview for many.

The ancient Christian worldview assures us that there is an Author. He has given us the Biblical story of creation>fall>redemption> restoration. We are great but fallen creatures who are invited through the cross to partner with Jesus in his kingdom life. But if we reject a Christian worldview and look to human reason and experience to tell us how the world works, we find…

The modern worldview asserted that while there is no author, there is still a story: The ascent of man; continuous progress through education and technology. No consideration of sin. Man can do what he wills. Just give him until tomorrow.

But postmoderns are more honest. If there is no Author then there is no larger story. The utopian promises of modernism have not delivered. In a postmodern worldview we all live in a world of competing truth claims within our own small stories. While our story may be messy and painful, we need to make it as interesting and pleasurable as we can.

This “whatever” worldview hasn’t offered much by way of meaning or hope. It’s no surprise why people who feel lost in this vast world might welcome a worldview that supplies more of it.

Critical Race Theory as a worldview provides a larger story of the way the world works. Like Marxism from which it derives, it sees the world as a power struggle between oppressors and victims. Only instead of a class struggle, our problem is a racial struggle. Not ultimately sin or ignorance, but the powerful white majority oppressing the weak minorities.

Everything—history, morality, meaning and hope–must be understood through the lens of oppressors and victims. If truth is no longer God’s truth or “self-evident” truth on which we can agree, if truth is ultimately relative or subjective, then power is the only game in town. And victims must fight to see their truth prevail.

That is why CRT links arms with all other oppressed people, especially the LGBTQ community, and demands an end of “oppression” for all. We must go beyond “tolerance” to affirmation and give all minorities a voice in our schools and communities. Biblical knowledge about morality and sexuality is irrelevant.

What a tragedy! Because racism is not primarily about institutions. Or even laws. Racism is about individuals. What is fundamentally the cause of racism is sin in our individual hearts. A rejection of God’s command to love our neighbors as ourselves. But because God’s people have not done this well the world is seeking other options to find joy, meaning, and hope.

The limitations of “lived experience” in the communist revolution

We have seen this CRT view of knowledge and power played out in our “lived experience” of communism. Marx claimed that property and wealth corrupt. If we just take the wealth and property from the capitalist bourgeoisie class and give it to the proletariat working class, if we just empower their voices and strip power from the bourgeoisie and compel them to listen and submit the workers’ collective voice, we will have a just and flourishing society. We will rid the world of oppression and all workers will be equal.

But time has revealed that communist systems have become just as corrupt as the worst free market capitalist systems and far more oppressive.  You take the wealth and privilege from the bourgeoisie and give it to the proletariat workers, and what happens? Their increased power gives them more opportunity for oppression and corruption. Not because they now share ownership of wealth and power. But ultimately because corruption flows from the human heart’s bent toward sin. The fix must be the redemption of the heart by the loving, redeeming sacrifice of Jesus Christ.

Just so in critical race theory, the sad result of the pursuit of justice and fairness is more injustice. To condemn an entire race of white “privileged” people to no other role other than to listen to the grievances of the oppressed races and minorities and submit to their solutions is simply reversing the roles of racism, putting the minorities on top and the whites subservient to them.

People’s guilt or innocence must be determined individually because that is where oppression begins—with one person oppressing another. Surely there must be a more just way to move forward with greater understanding and less resentment in race relations. But we will never find it if we base our lives on anyone’s “lived experience.” Apart from the knowledge of God we have no sufficient foundation on which to build our lives.

This post will be continued in Part 2 with recommendations for the best resources I’ve found to help us understand CRT and respond to it by speaking the truth in love.

4 thoughts on “Critical Race Theory: A worldview critique (part one)”