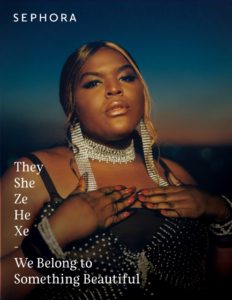 President Biden has signed an executive order prohibiting discrimination against the LGBTQ community. Behind the order lie deep tensions that are erupting in competing visions of compassion, agonizing struggles of conscience and courtroom battles across our country. (full text of the Order)

It sounds reasonable. No one should abuse LGBTQs or shame them as less than human because of their identity or sexual orientation. And no one should lightly gloss over that statement. They are made in God’s image and we should take seriously bullying that turns into battering, disgust that turns into assault, or violence triggered by “gay panic” over unwanted same-sex advances. They are not “deformed” or “diseased.” They do not “deserve to die.”

When we see LGBTQ’s  through the eyes of Jesus, who loves them and gave himself for them, we see their brokenness and know that we too are sexually broken. We show them true compassion as fellow travelers–all of us needing the redeeming, restoring love and forgiveness of Christ.

But there is a difference between the compassion of Christ for sinners and the compassionate statements in President Biden’s order. To understand what is truly at stake, let’s ask some hard questions of its meaning, line by line, and look for hidden assumptions.

From Section 1: “Every person should be treated with respect and dignity and should be able to live without fear, no matter who they are or whom they love.”

Q: Without fear of what? Physical harm? That principle is written into a thousand state and federal laws. On this there is great agreement among all Christians. Any who disagree do not understand how the Bible speaks to the sanctity of being image bearers or submission to government authorities (Romans 13).

Q Every person should be able to live without emotional harm? That is tricky. Treating a living, breathing image of our Creator God without respect or dignity is wrong because of their identity as an image bearer.

Q: Can we disagree with them and still treat them with respect and dignity? Yes.  As Christians God’s Word admonishes us to explain our disagreements with outsiders with ”gentleness and respect, having a good conscience.”

Q: Can we morally disapprove of image bearers? If our moral judgment is grounded in God’s law and delivered with gentleness and respect, then yes. We are following the example of Jesus, who told the woman caught in adultery, “go and sin no more,” but showed her great kindness in the process, silencing her accusers and delivering her from stoning.

If individuals fear emotional harm from disagreement or disapproval because of living out an identity or sexual attraction which is clearly  condemned in the Bible (the goodness of the male/female binary (Genesis 2), the badness of same-sex attraction (Romans 1), then they need to consider how their demands for freedom from emotional harm must be balanced with consideration for the spiritual harm of others.

Q: Should every person be able to be free from spiritual harm no matter who they are? Biden’s order has no regard for the spiritual harm it causes. Historically, gay activism has set itself against religion. UArts professor and trans intellectual Camille Paglia has taken gay activism to task: “It wants to destroy the authority of religion, but it has nothing to put in its place. That is the  tremendous failure of the gay establishment to me…The Bible condemns homosexuality. It does, OK?…I just hate this going back to history and…trying  to rewrite it.” She challenges LGBTQs to stop trying to inflict spiritual harm on people who believe God’s word on sexual ethics, and be strong enough to live their beliefs without tearing down others’.

How can we compel another image bearer to approve a moral issue of which God clearly disapproves? Do we wish to undermine their faith? Do we wish to crack the foundation of their lives that gives them strength to endure, comfort in loss and guidance to do what is right?

As Martin Luther famously said, ““Unless I am convicted by Scripture and plain reason…, my conscience is captive to the Word of God. I cannot and will not recant anything, for to go against conscience is neither right nor safe. Here I stand, I can do no other, so help me God. Amen.”

Our nation was founded so that we can believe and speak freely, according to conscience. But this order endangers the constitutional freedoms and threatens harm to any who do not affirm trans identity or same-sex marriage.

“Children should be able to learn without worrying about whether they will be denied access to the restroom, the locker room, or school sports.”

Q: Should girls be able to learn without fear of their modesty being violated by biological male bodies in their restrooms or locker rooms?

Q: Should girls be able to compete fairly in sports without fearing the futility of their efforts against stronger bones and muscle mass produced by testosterone in biological male competitors? Recent research shows that  “even the drastic hormone therapy many female athletic leagues require transgender athletes to undergo cannot definitively place them on even footing with their biologically female counterparts.”

Q: Should girls who play contact sports like soccer, rugby or basketball be able to learn or compete without fearing physical injury by opposing teams with stronger biological male members?

Q: Whose fears should be more determinative? Those of the .5% of trans individuals and 4% of gay and lesbians or those of the 95.5% straight population?

“Adults should be able to earn a living and pursue a vocation knowing that they will not be fired, demoted, or mistreated because of whom they go home to or because how they dress does not conform to sex-based stereotypes.”

Q: Should others in the workplace be forced to use LGBTQ  preferred pronouns when they do not believe that biological males or females can change their God-given sex? When male or female DNA continues to exist in every cell of their bodies?

Q: Does that include churches, church schools, religious charities and hospitals etc.? Should church childcare or youth programs be compelled to employ someone who violates their values or policies on identity and same-sex attraction?

Q: Should public schools be compelled to host Drag Queen Story Hours in elementary schools? What about tax dollars paying for it in public libraries? Should employees be able to dress like this?

“People should be able to access healthcare and secure a roof over their heads without being subjected to sex discrimination.”

Q: Should doctors be compelled to prescribe hormone therapy or perform sex change surgery when they believe it is doing harm to their patients? Research shows that LGBTQ persons are at greater risk of depression and suicide than straight individuals.

Q: Should employers be compelled to pay for hormone therapy or sex change surgery when it violates their conscience?

“All persons should receive equal treatment under the law, no matter their gender identity or sexual orientation.“–Pres Joe Biden, Executive Order 13988, Preventing and Combating Discrimination on the Basis of Gender Identity or Sexual Orientation

Q: Should bakers, florists, photographers etc. be compelled to use their artistic gifts to celebrate same-sex marriages or sex-change birthdays?

Q: Should LGBT’s receive equal treatment regarding their fears? Equal compassion for the loss of constitutional freedoms of speech or religion? Because if there is not equal consideration for these losses, then the compassion behind the LGBTQ order is more of a selective sentiment that is not true compassion for all Americans.

The legality of the executive order

These are hard questions, many already under litigation in our court system. Just because the president has issued this order does not mean the litigation is decided. Yes, the Supreme court ruled last summer in the Bostock decision that where Title VII of the Civil Rights Act forbids employment discrimination against anyone on the basis of sex that must include forbidding discrimination against LBGTs’ sexual orientation and gender identity.

However, in Bostock the court made a narrow ruling that intentionally does not apply to education. There is already a body of law that acknowledges the biological differences between male and female. These were cited by a Trump administration memo in the waning days of his administration to discourage the legal abolishment of biological distinctions by the incoming Biden administration.

Biden made his own changes to the Civil Rights Act. A President cannot simply make changes to congressional legislation. Biden knows this and is encouraging Congress to finally pass The Equality Act. This would legislate the changes proposed by Biden’s order.

The Equality Act, as passed in the House but not the Senate in 2019, also stipulates that the Religious Freedom Restoration Act (RFRA) cannot be appealed to by individuals, businesses, educational institutions, or religious institutions. In other words, the law strips away religious liberty by forbidding Jews, Christians and Muslims from appealing to the law that says the “Government shall not substantially burden a person’s exercise of religion” in cases where you may be accused of prejudice and discrimination against LGBTs.

Ultimately the courts will decide how to prioritize the rights of LGBTs and the rights of freedom of thought and speech. But the cultural tide is moving quickly. We can and should decide how we will respond…

If we believe in the goodness of God’s binary creation of male and female, will we use feminine pronouns for biological males?

Will we keep our children enrolled in schools where they cannot opt out of curriculum that denies the goodness of biological sexual identity and teaches the goodness of gender fluidity and same-sex attraction? This is already law in California and other states.

Will we pray in faith for courage and endurance during increasing pressure to embrace the worldview and values driving this issue? Our prayers are mightier than we imagine.  Commenting on believers’ prayers in the midst of “massive engines of persecution and scorn ranged against them” in the book of Revelation, Eugene Peterson writes this about first century Christians living in the Roman Empire,

His commentary on John’s vision of what will take place in Revelation 8:5 shows us the answer:

In response an angel came before the altar with a censor. He mixed the prayers of the Christians with incense (which cleansed them from impurities) and combined them with fire (God’s Spirit) from the altar. Then he put it all in the censor and threw it over heaven’s ramparts. The censor, plummeting through the air, landed on the earth. On impact there were “peals of thunder, voices, flashes of lightening and an earthquake. The prayers which had ascended, unremarked by the journalists of the day, returned with immense force–in George Herbert’s phrase, as reversed thunder.” Prayer reenters history with incalculable effects. Our earth is shaken daily by it.

Fed to the lions in the Roman Colosseum, lashed to poles, covered with pitch and set afire in Emperor Nero’s garden, first century Christians endured horrific persecution. But in 380 Emperor Constantine, a believer himself, proclaimed Christianity the official religion of the Roman Empire. Reversed thunder.