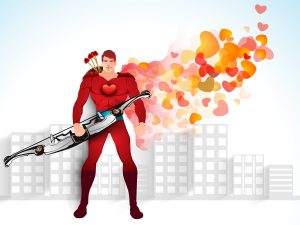 Imagine going to a Captain America movie where Steve Rogers is being sued. Regardless of the merits, which are never clear, he has reason to suspect the judge is biased and is treating his case unfairly. So the Avengers spend the entire movie plotting his demise.

They use their special powers to investigate the judge. Finally, they use their celebrity to stage a huge reveal: the judge’s grandfather was German and a member of Hydra. The judge is a member of a local German legal community. On that community’s website they found a link to a group sympathetic to Hydra.

We don’t find out how the judge rules on the court case. It doesn’t matter. The outcome would be so politicized that the verdict would be irrelevant. Captain America wins again.

What would you think of the movie? What’s wrong with it and why does it matter?

As a student of story I’ve come to understand that a good story, the best stories, are the most meaningful stories.
What makes for a meaningful story?

It’s been said that a story is a character who wants something and overcomes conflict to get it. The more difficult the challenge, the greater the tension. Desire+Danger=Drama
The more sacrifice it takes to overcome the conflict, the more meaningful the story becomes.

It doesn’t make for a meaningful story if the character finds a way to avoid the danger and still get what he wants. We are hard-wired from the factory to see sacrifice as the greatest expression of virtue and love. And stories about sacrifice as the most meaningful.

On the other hand, when a strong and powerful character or team takes on an individual with less power, when they don’t have to sacrifice to get what they desire, when they win by petty personal attack rather than by fighting a stronger, more virtuous fight, it doesn’t make for a very good or meaningful story.

A more meaningful story is also about transformation. As a character sacrifices to overcome something, he is changed. He learns and grows and becomes more of a virtuous, humble and loving person. Think Gladiator. Think Titanic.

But if we see a character’s faults exposed and he doubles down in his error, rather than grow and change through humility or asking forgiveness, it’s not a very good or meaningful story.

That’s because the best stories cast a vision of something good, true and beautiful to be enjoyed. They work on our desires—so that we long for what is good and are repelled by what is evil. We can’t help it. We feel more joy and meaning when love prevails over selfishness, when humility prevails over pride, when strength is used to serve others, rather than self. Or at least when the character is changing in that direction.

It’s hard to feel good about this story because, for Captain America, it is all about him. To win his conflict he doesn’t sacrifice, he plays the race card. Rather than wait to possibly prevail with a more brilliant legal case or appeal the judge’s verdict and respect the rule of law, he proudly seeks self-protection, and goes after him personally, even getting his team to join the attack.

He is transformed, but in the wrong direction—away from the love, humility, courageous risk and self-sacrifice that have endeared him to everyone.

When we recognize and embrace these virtues and aspire to live by them we can intentionally write a more meaningful story with our own lives.

Last night, after the final California primary, Donald Trump said that all the millions of winning votes were “not a testimony to me but to all the people who believed real change is possible.” He has often expressed his desire to serve the American people. He has sacrificed millions of his own money and a year of his time to campaign to bring, as he sees it, more jobs and better health care to millions. He has apologized, “Excuse me,” to Megyn Kelly face to face for calling her a “Bimbo.”

If he would commit himself to writing this kind of story with his campaign, with his life, he would write a story of transformation right before the watching eyes of America, a beautiful, more meaningful story. And millions more would be drawn and to support him.

He would spare his surrogates and Republican teammates the stress and risk of uniting behind him. He would show respect for the Constitution and the laws he is seeking to uphold.

But does he believe that this is a better story than the story of hitting back twice as hard and “winning?” What if this is precisely the way to write a story where the character truly wins?

What about us? What kind of story are we writing with our lives? As we watch Trump’s story being played out on millions of screens, are we writing a small, boring story with our own lives because we’re not even in the arena where we can choose risk and sacrifice and overcoming? Are we consumed with writing a story about “winning?” What is Trump’s story telling us about our own story?