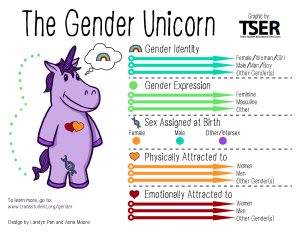 Last week I posted about Charlotte, NC teachers being encouraged to use the Gender Unicorn to explain to students how the sex you are “assigned at birth” may be different from your gender. And how every night, as we watched the Olympic Games, we all experienced a reality check: the obvious biological differences between male and female athletes.

This week a new scientific study, “Sex and Gender: Findings from the Biological, Psychological and Social Sciences,” published in The New Atlantis journal, offers findings that challenge LBGTQ orthodoxy:

You are not born gay. Nor is your sexual orientation unchangeable over a lifetime.
Most young people (70-80%) who have feelings and sensibilities that do not align with their biological sex will eventually grow out of them.
LGBTs have a higher risk of poor physical and mental health than heterosexuals, including:
Non-heterosexuals are at double the risk of depression.
Trans people are ten times more likely to commit suicide.
Stigma and prejudice do not completely account for these differences.

These conclusions, published two weeks ago by two well-credentialed Johns Hopkins scientists, are not receiving nearly the attention of the mainstream media that they deserve. Meanwhile, the Gender Unicorn, produced by LBGTQ student activists, is gaining credibility in our schools.

Why does this study matter so much for all of us?

Most importantly, and this is the focus of the new study, these findings should greatly influence the way parents and schools teach children about sex and gender, both to show compassion to LBGTQs and to protect the vast majority of heterosexual children against needless confusion that can result in painful and destructive outcomes.

As one of the authors, Lawerence Mayer, writes, “The notion that a two-year-old, having expressed thoughts or behaviors identified with the opposite sex, can be labeled for life as transgender has absolutely no support in science. Indeed, it is iniquitous to believe that all children who have gender-atypical thoughts or behavior at some point in their development, particularly before puberty, should be encouraged to become transgender.”

Additionally, it’s important because these new findings refute the “science” that bolstered the Supreme Court’s decision to permit gay marriage.

In Obergefell, Justice Kennedy’s majority opinion ruled that,
Only in more recent years have psychiatrists and others recognized that sexual orientation is both a normal expression of human sexuality and immutable.” “And their immutable nature dictates that same-sex marriage is their only real path to this profound commitment (italics mine).”

The new study’s findings also refute the “science” that bolstered the Obama administration’s inclusion of sex-change therapy in Obamacare and their new Title IX guidelines for bathroom use (which were overturned in court this week).

So many of our leaders in politics, education and media have hastily decided within the last three years to capitulate to the demands of LBGTQ activists and move on. But the health and flourishing of our kids is at stake. Why should they be taught by LBGTQ activists rather than Johns Hopkins doctors and scientists?

Who are the LBGTQ activists who produced the Gender Unicorn?

They are students. They are the Trans Student Educational Resources team, led entirely by trans youth. Many are still in high school. Many are in college majoring in anthropology, communications, art and LGBTQ studies, none in science. Most of their work experience is in LGBTQ activism. 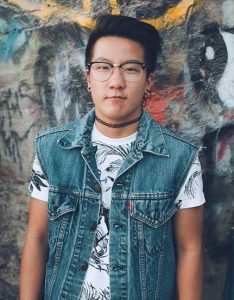 The prime mover is Landyn Pan. Her/His bio on the “About” page reads: “Landyn Pan is an activist, artist, and student based in Southern California…Landyn was a GSA leader at his high school and was heavily involved in the film festival scene…. Landyn joined TSER as a graphic designer in early 2013 and was a pivotal part of TSER’s expansion into national recognition. His creations for TSER have been published and distributed by organizations and schools across the country and has been used in gender and sexuality curriculums for students of all ages.

“Today, he acts as development director…and as creative director…. He currently attends Chapman University and is passionate about storytelling through various art forms such as film, photography, and media literacy education.”

In last week’s post I highlighted a few things that Landyn and the Gender Unicorn teach the teachers. Here are a few more and the sources she/he cites:

Biological sex is an ambiguous word that has no scale and no meaning besides that it is related to some sex characteristics. It is also harmful to trans people.

If you follow the link above, you’ll wind up on the Autostraddle website. This quote is taken from a blog written by Mey. Mey offers this brief bio on the “About” page: 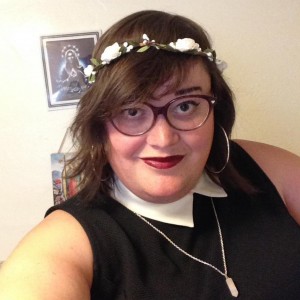 “Mey is a lesbian Latina trans woman living in Idaho who is a writer, comic consultant and a trans activist. She’s a Bruja Femme and co-founded the Femme Witch Coven. Her interests include comic books, witches, horror movies and comedy.” She regularly blogs on these topics.

The Gender Unicorn also teaches that,
There are other genders besides male and female and not all cultures operate on a male/female binary (which is mostly a European construct). 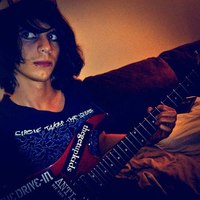 If you follow this link you’ll find that the source is a research paper on “Colonialism, Two-Spirit Identity and the Logics of White Supremacy” written by Phoenix Singer, an undergraduate student in Liberal Studies at Portland State University.

The Gender Unicorn also cites Reddit comments and Tumblr as sources. No scientific or medical evidence.

Who are the authors of the Johns Hopkins study? 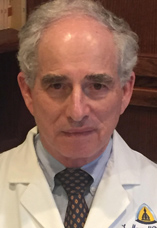 Co-author Lawrence S. Mayer, M.B., M.S., Ph.D. “is a scholar in residence in the Department of Psychiatry at the Johns Hopkins University School of Medicine and a professor of statistics and biostatistics at Arizona State University.

“He is a biostatistician and epidemiologist who focuses on the design, analysis, and interpretation of experimental and observational data in public health and medicine, particularly when the data are complex in terms of underlying scientific issues.” 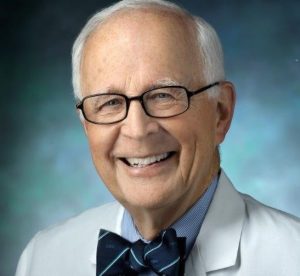 Together Mayer and McHugh reviewed over 200 peer-reviewed scientific studies to reach their conclusions.

And yet…the Gender Unicorn trots right into our public schools while the Johns Hopkins scientific study is largely excluded from the public square.

What counts for “knowledge” in education, politics, the courts and the media? Isn’t it science?

You cannot walk into a school board meeting or a court room deliberating on policies to accommodate LGBT demands and expect to win a hearing with an appeal to Scripture. You cannot quote Romans 1:27, “…the men likewise gave up natural relations with women and were consumed with passion for one another, men committing shameless acts with men and receiving in themselves the due penalty for their error.”

You can only quote scientific studies. Or not.

The example of the Gender Unicorn shows us that truth is becoming unhinged from everything except personal experience.

The irony here is that Dr. McHugh has arrived at his conclusions based on his personal experience. In the Wall Street Journal he wrote that,

“We at Johns Hopkins University—which in the 1960s was the first American medical center to venture into “sex-reassignment surgery”—launched a study in the 1970s comparing the outcomes of transgendered people who had the surgery with the outcomes of those who did not.

“Most of the surgically treated patients described themselves as “satisfied” by the results, but their subsequent psycho-social adjustments were no better than those who didn’t have the surgery. And so at Hopkins we stopped doing sex-reassignment surgery, since producing a “satisfied” but still troubled patient seemed an inadequate reason for surgically amputating normal organs.

How shall we respond? Well, we could conclude that our postmodern culture is becoming so intolerant that we can no longer speak truth to power.

Or we can prayerfully use this scientific data to make a difference in our own communities. Refuse to yield to activists and medical progressives who are advocating regulations and laws based on thin science. Get the word out on social media. Encourage school administrators and legislators to consider this scientific data when establishing policy.

And when your doctor asks you to leave the room so he or she can talk to your child privately about his or her sexual identity, politely refuse. And email his office a copy of this study.