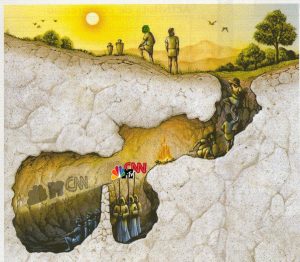 Recently The New York Times launched a new subscription campaign featuring hooks like, “We’re passionate about the truth. Are you?” and “Truth is what we do better” and “Read news that values the truth.”

I know what some of you are thinking: “Ba-ha-ha-ha.”

It is indeed rich that a publication that has long questioned the existence of truth now lays claim to it in their advertising. Long ago the mainstream media relinquished its claim to reporting truth. Instead, at their best, they report “truth” from several different perspectives, weighting the progressive/oppressed perspective the most heavily.

The result has been the loss of truth. Now we see the media caught in its own trap. As Donald Trump exaggerates and equivocates, they desperately try to refute him. But if you don’t believe in a solid ground of truth, how do you have a place to stand from which you can throw rocks at untruth? Isn’t it just another perspective with ”alternate facts”?

How do we hold on to Truth in a hostile culture? CS Lewis shows us in his fourth Chronicle of Narnia: The Silver Chair…

Narnia’s crown prince has been missing for ten years. His aged and failing father, King Caspian, while desperate to find him, has banned his knights and citizens from seeking him because too many search parties have disappeared, just like prince Rilian. 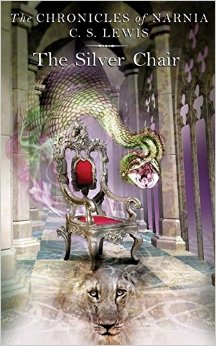 Aslan, the lion king of Narnia, summons two school children from our world, Jill and Eustace, to rescue him. The signs he gives them to follow help them link up with Puddleglum the Marshwiggle, a tall, skinny, mostly human fellow with froggy hands and feet, and eventually lead them to the Underworld. There they discover an enchanted knight in thrall to a fair green-robed lady who promises to install him as king in an Overworld country and become his queen.

By following the signs Aslan gave them, against all appearances to the contrary, the children and the Marshwiggle discover that the knight is really the long-lost Prince Rilian. Taking a big risk, by sheer faith in Aslan’s words, they help him break free from the enchanted Silver Chair holding him captive. Just then the lady returns. She throws green incense on the fire and begins to lull the foursome back into the enchantment from which Rilian has just escaped.

With her silvery voice and seductive thrumming of her mandolin she persuades them that the Underworld is all there is. There is no sun. No stars. No Overworld. No Narnia. The sun is merely their projection of her underworld lamps. Aslan is merely their projection of her cat. The smaller derivatives in the Underworld are the real thing. The real forms in the Overworld are a fantasy.

Here Lewis has brilliantly retold Plato’s Allegory of the Cave (short, complete text here). Plato posits a cave with a fire lit in back. In the front of the cave, captives face a wall where all they can see is the reflection of the fire and shadows–shadows cast by people walking in front of the fire behind them carrying “all sorts of vessels, statues and figures.”

The people believe the shadows cast on the front wall are the real thing. They cannot see or believe in the reality of the “vessels and figures” behind them, much less the reality of vessels and people in the real world outside the cave. The cave with its shadows is all there is. If anyone tries to convince them otherwise they will think him ridiculous. Deceived.

A huge fan of fairy tales, Lewis proposes that, like the people in Plato’s cave, like Prince Rilian and his friends, we too can be enchanted.

In his famous earlier sermon, “The Weight of Glory,” Lewis asks his audience, “Do you think I am trying to weave a spell? Perhaps, but remember your fairy tales. Spells are used for breaking enchantments as well as for inducing them. And you and I have need of the strongest spell that can be found to wake us from the evil enchantment of worldliness…almost all our modern philosophies have been devised to convince us that the good of man is to be found on this earth…that earth is your home…thus giving a sop to your sense of exile on earth as it is.”

When we live as if this world is all there is, we are like Rilian under the spell of the witch, like Plato’s cave dwellers focused on the shadows instead of the real world beyond them, a heaven and earth created and loved by God.

The New York Times holds that truth is a thing (a fact or a perspective). But it is not. Truth is a relationship between our words or ideas and reality. This reality exists whether we can see it, whether we believe it, or whether our words agree with it.

In second Corinthians 4:2, Paul says we speak the truth “in the sight of God,” that is, we speak words that correspond to reality as God created it and as The One Who Sees Everything sees it. To live with truth is to live before God in the real world, rather than a cave full of  shadows and enchantment.

How can Rilian break out of the Underworld and get back into the Overworld and Narnia? How can we break the evil enchantment of worldliness and lies and “fake news” and live in the light of God’s reality? The Silver Chair shows us… 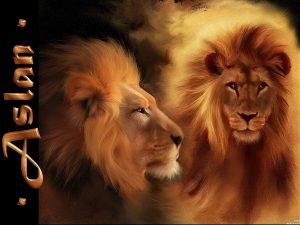 First, we must know Aslan and desire his kingdom

Weary of the cruelty and lies at their boarding school, Eustace and Jill begin to call on Aslan to take them to Narnia (and deliver them from school bullies). Aslan answers and calls them into Narnia where he gives them their mission to deliver Prince Rilian.

Our deliverance from lies and worldliness, our being used to accomplish great works for God’s kingdom begins with our prayers and before that, God’s calling. “You would not have called to me unless I had been calling to you,” Aslan tells Jill.

We must know them so well we’ll be able to recall them right when their enchantment begins to fog our minds with doubt or equivocation. On the mountain with Aslan, the signs are clear enough to Jill. But Aslan warns her that in Narnia the air will thicken. “Take care that it does not confuse your mind.” Aslan asks her to “remember the signs. Say them when you wake in the morning and when you lie down at night. Let nothing turn your minds from following the signs.”

But of course they do get distracted…by fast-breaking events, by the alluring comforts of baths, beds and hot drinks when they are freezing cold. They miss the first three signs. Puddleglum rightly reflects that if they had focused on the signs they would not have wound up in great danger. “We would have found a little door or a cave or a tunnel, met someone to help…Aslan’s instructions always work.”

In our world the evil enchantment of worldliness makes us forget Jesus. The constant projection of shadowy news distracts us from the news in our own corner of reality. We have to continually refresh our minds as we spend face time with Jesus. Read his Word, guard it in our hearts. Pray for wisdom to live out the gospel.

Thirdly, we must take action. Sacrifice to show the true power of God and his reality

In the moment of greatest danger, when the witch’s enchantment is making the travelers forget Overworld, forget Narnia, forget Aslan (“There is no sun; There never was a sun”), Puddleglum summons all his courage and stamps out her fire with his bare, froggy feet.

As their minds immediately begin to clear, Puddleglum declares, “Suppose this black pit of a kingdom is the only world. Well it strikes me as a pretty poor one. We’re just babies making up a game if you’re right. But four babies can make a play-world which licks your real world hollow. I’m on Aslan’s side even if there isn’t any Aslan to lead it. I’m going to live as like a Narnian as I can, even if there isn’t any Narnia.”

At that the bewitching lady turns into the same terrible green serpent that killed Rilian’s mother. More quickly than she can loop her coils completely around him, Rilian frees his arms and, with the help of the burnt, limping Marsh Wiggle, hacks off her head. Puddleglum’s words are inspiring, but it is action and sacrifice that delivers them from her spell.

This is such a great lesson for us in today’s culture. As God leads, with gentleness and respect, we can insist on truth and reality as God sees it. Our words can expose darkness and inspire others. But it is our actions and sacrifice that have the greatest power to break the evil enchantment of worldliness and reveal the reality of Jesus and his kingdom. What are we prepared to do?

2 thoughts on “3 ways to hang on to Truth in a hostile culture: Lessons from Lewis-The Silver Chair”