As seen in Europe this summer

After his Tuesday speech at the UN, President Trump was again hit hard and often for being a nationalist. Why are so many so critical? Is it the same as love of country? As believing that America, among the nations of the world, is exceptional? Even superior? Is that so bad?

Webster’s defines “patriot” as “a person who vigorously supports their country and is prepared to defend it against enemies or detractors.” We sing that America is beautiful for “patriot dreams” which evokes the ideals of our founders woven into our Declaration of Independence and Constitution. They dreamed of a nation where all of us who have been created with equal value and worth in God’s image will receive equal justice under the law. Where we are endowed by our Creator with certain inalienable rights: “life, liberty and the pursuit of happiness.” Where our elected representatives will govern with the consent of “we the people.” 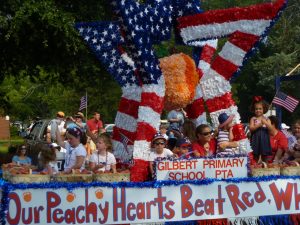 A patriot loves her country and wants to honor it. She realizes that God “made from one man every nation of mankind to live on all the face of the earth, having determined allotted periods and the boundaries of their dwelling place, that they should seek God” (Acts 17:26-27). Nations with their own boundaries provide dwelling places where we may flourish and nurture community so that we might find relationship with God and thank him for all his good gifts, including our nation.

We live in a fallen world of nations where men go in search of “many schemes.” America too is fallen. We have committed great sins of slavery, abortion and the pursuit of personal peace and affluence to the utter disregard of love for God and neighbors. But we can turn from these and other sins and still give thanks for the good things about America, especially that we are a country founded on God-honoring ideals, including freedom of conscience, speech and worship, and dedicate ourselves to living them out.

Patriotism is a pride of place anchored in humility and gratitude. Just like we can be proud of our children, yet humbled that God has given them to us and grateful for such eternal gifts. Or proud of a job well-done, yet humbled that God has given us the gifts and grateful for the opportunities to express them. So we Americans can be proud of our nation with humility and gratitude that God appointed us to be born here or enabled us to come here and seek to be good stewards of all the opportunities it affords.

But there is another kind of pride bereft of gratitude or any shred of humility. C.S. Lewis describes it as a pride that “is essentially competitive…Pride gets no pleasure out of having something, only out of having more of it than the next man. We say that people are proud of being rich, or clever, or good-looking, but they are not. They are proud of being richer, or cleverer, or better-looking than others. If everyone else became equally rich, or clever, or good-looking there would be nothing to be proud about. It is the comparison that makes you proud: the pleasure of being above the rest. Once the element of competition has gone, pride has gone.” 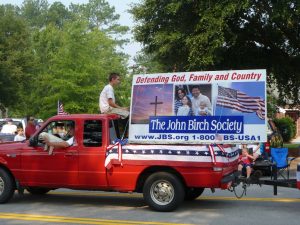 This gets to the heart of nationalism. Webster’s defines “nationalism” as “a person with strong patriotic feelings, especially one who believes in the superiority of their country over others.” George Orwell famously added that, “The abiding purpose of every nationalist is to secure more power and more prestige, not for himself but for the nation… [he] thinks solely, or mainly, in terms of competitive prestige…his thoughts always turn on victories, defeats, triumphs and humiliations.” The nationalism of Nazi Germany and Japan inflamed the world in a massive war as they sought to force their power and prestige on others. Stalin’s nationalism inspired him to murder millions of his countrymen and send millions more to the Gulag.

To reject this kind of nationalism is not to fall into the multicultural trap that claims that all cultures are equal. Granted, all cultures/nations have their virtues and vices, but some lead to more human flourishing and others to more human suffering.

“Blessed is the nation whose God is the Lord” (Psalm 33:12) When a nation seeks to align itself with the character of God it will be more blessed with more human flourishing than others who don’t. In How Shall We Then Live? Francis Schaeffer makes the case that historically the Northern European countries and their colonies have engendered more human flourishing, more freedom and prosperity than other nations because they have generally aspired to align their ideals, laws and institutions that way. Very imperfectly, especially considering their selfish bent toward colonization and slavery, but that has been a shared vision for Western Civilization. We should all be concerned that increasingly that is no longer the case.

A few weeks ago I posted an edited version of Trumps Poland speech which, like his UN speech, was much criticized for its nationalist bent. I asked readers if they agreed with the criticism. One friend wrote that he did see nationalist elements in the speech. I’ve pondered his words since then, and those of C.S. Lewis and can see possibly where he’s coming from.

If “Make America Great Again” means restoring our commitment to “patriot’s dreams” of rights, freedoms and responsibilities anchored in God’s gifts to us, then I would disagree with my friend. In his Poland speech Trump talked about how “We (Western Civilization) treasure the rule of law and protect the right to free speech and free expression. We empower women as pillars of our society and of our success. We put faith and family, not government and bureaucracy, at the center of our lives…And above all, we value the dignity of every human life, protect the rights of every person, and share the hope of every soul to live in freedom.” This sounds like patriotism.

But if “MAGA” means essentially an appeal to competitive pride to accumulate more wealth and power so we can selfishly have our way with other nations, then it would indeed be a banner of nationalism.

If we think back to President Trump’s campaign he was very comparative, focused like a laser on “winning:”

[His language was] about defeating opponents, being better than the other guy—win, beat, kill, huge, rich, big league. His sense of national greatness seems largely transferred from his views of what makes a business or an individual (namely himself) great: wealth, power, status, deal-making. Greatness is achieved, most fundamentally, by winning a long streak of zero-sum competitions. To lose such competitions makes you weak. What is America’s true problem, according to the president? He answered time and again on the campaign trail: “We don’t win anymore.” And what, if anything, was his central promise as a candidate for the highest office? “We’re going to win so much. You’re going to get tired of winning.”

Restoring American greatness, by this reasoning, means that we need to start winning against someone again. Generally speaking, that someone is foreigners, primarily illegal immigrants at home and various trade partners abroad….” (Daniel Krauthammer, The Weekly Standard). While the younger Krauthammer raises a good point here, you can see his bias. It’s not primarily immigrants. It’s also those nationalist entities that oppose us: Islamic terrorists, North Korea, Iran, Russia, China etc.

So is a commitment to winning a good thing?
As with so many questions of morality, it depends on our motivations. If our winning is dedicated to the service of our God-honoring ideals, then that aligns with repeated Biblical commands to fight for the poor and needy, those who are oppressed and perishing. Using our wealth and power to lift others up. Contending for that which honors God and his commands, including managing our debt, counting our costs and living within our means so we can be generous to others.

But if our winning is for the sake of our own proud aggrandizement, our own comfort and ease without regard for the well-being of others, the needs around us, then how can it be good? Isn’t that why God condemned the nation of Israel and sent her into exile?

God sees the motivations of our hearts. He knows whether our pride in America is anchored in humility and gratitude, or arrogantly bent on winning and amassing more wealth and power than others, or some muddled mixture of the two.

As I think deeply on this issue, I’m left with many unanswered questions:
Would others define nationalism differently? Is it really so unpatriotic to believe your nation is comparatively the best? The way the difference between patriotism and nationalism is framed can bias the entire discussion. I’m open to better definitions, especially ones that encompass a love and pride of nation that compares it to God’s character and commands. But unfortunately that is not the way the discussion is unfolding in public discourse.

At the UN Trump championed the ideals of sovereignty and self-interest for all nations. But if that is not tempered by a desire for mutual respect for our ideals and a “You win and I win” approach, how is it not exactly what North Korea, Iran and the rest are indeed pursuing? Can a zero-sum “I win; you lose” approach really be a pathway to peace?

Using these definitions I would count myself a patriot, not a nationalist. But I am open to better definitions. What about you…what do you think?

2 thoughts on “Do you think of yourself as a patriot? A nationalist? What is the difference?”