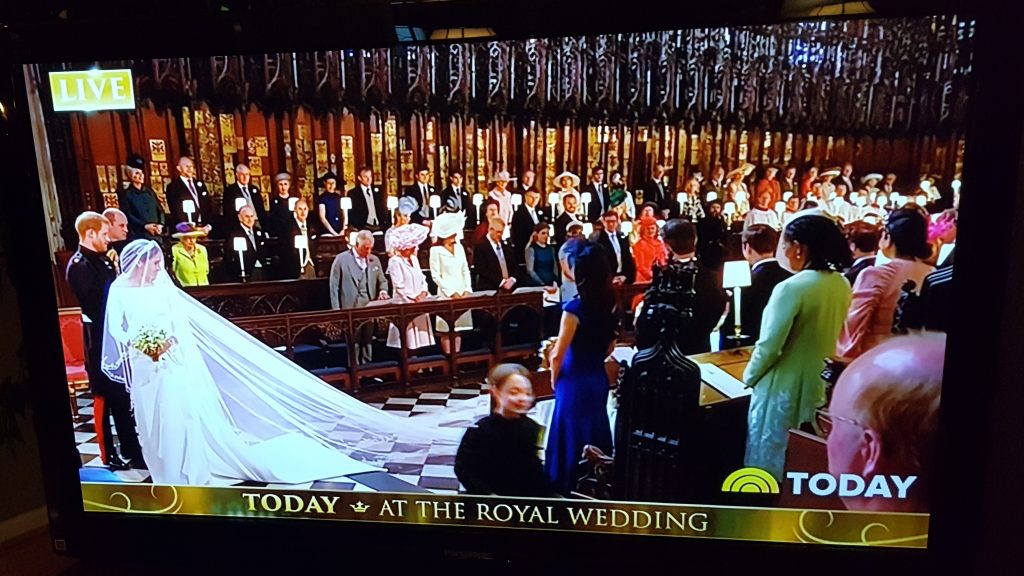 “Royal No More,” blared the headlines this weekend as Queen Elizabeth settled Prince Harry and Meghan’s appeal to become part-time royals with part time duties representing the crown. “No,” she replied. On Saturday she revoked their titles of HRH—his and her royal highness—and declared they will no longer represent her or the crown.

This came as a shock to Prince Harry who on Saturday described himself as “extremely sad” that a compromise could not be reached. More than any other members of the royal family, Harry and Meghan appear to be very ambivalent about the whole concept of “privilege,” so much so that they named their child Archie Harrison (Harry’s son)—a typical British, non-royal name, and have not asked the queen to give him the title of prince, as was done for William’s Prince Louis. They want to live a more non-royal life split between Canada and Windsor and raise Archie to be more of a normal child.

Why has the whole concept of “privilege” become suspect? What is “privilege”? How is it different from blessing? Should we feel guilty about our “privilege”?

To be “woke” to your privilege takes a page from the worldview behind critical theory.

Looking at life through the lens of privilege and critical theory, people fall into two categories: Oppressors and oppressed. Oppressors enjoy access to power and privilege.

Oppressed peoples must be liberated from all forms of social oppression—by color, ethnicity, race, age, class, gender, religion, etc.  “Domination of human beings is the enemy, no matter what form the oppression takes. Freedom from obligation to any oppressive group’s norms is the goal, and social transformation is the intended outcome,” writes Christian Overman author of the free e-book, An Introduction to Critical Theory, a Christian critique of this worldview.

Being an oppressor is usually not the result of your choices or behavior. Rather, you are an oppressor merely by being a part of a group—white, male, rich, royalty, Caucasion, etc…. Or Christian,

(Why Christian? Because Christians believe in the supremacy of Jesus Christ and the authority of God’s Word. It is the complete opposite of “freedom from any obligation.”)

This charge of oppression by group identity dumps truckloads of guilt upon millions of people. Think of Beto O’Rourke apologizing for his whiteness and his joke that he only “sometimes” helps his wife with the children. Getting “woke” to one’s privilege puts our focus on comparison to other people, inducing guilt if we have more, envy and discontent if we have less.

The worldview of Jesus and his gospel (very good news) is that we don’t see two categories of people—oppressors and oppressed. We see all of us oppressed by sin and the enemy. We see people who are either “separated from Christ, having no hope and without God in the world (Ephesians 2:12),” or reconciled to God and one another through the atoning death of his Son.

We don’t see divisions of Jew and Gentile, male and female, rich and poor, but fellow travelers—all sinful, but able to be unified in one body, of which Christ is the head (Galations 3:28).

We don’t see ourselves as liberators of people oppressed by those who have more privilege, but ministers of reconciliation helping restore broken people to the kingdom of a righteous king (2 Corinthians 5:18).

We don’t see a goal of bringing freedom from obligation to any oppressive group’s norms, but a goal of all submitting humbly to God’s call to love him and one another sacrificially with our time, talents and treasure.

The result is not a negative, guilt-ridden or resentful, coveting community united in focusing on grievance and pulling others down, but a positive, joyful community where each one humbles herself so that others may be lifted up.

Our example is Jesus who laid aside all his immense privileges of his power and died the death of a common criminal so we could enjoy God and show others what a treasure he is. So we can extend to others the right to become his children and heirs of all his promises and blessings.

So is privilege the automatic consequence of human power tainted with oppression? The Bible shows us benefits as blessings—gifts bestowed by a good and gracious God in a fallen world. We honor God as sovereign and defer to his right to bless us as he pleases.

We trust that a God who sees everything will give blessings in accord with his loving purposes. “Shall not the judge of all the earth do what is just?” (Genesis 18:25). We can each look at our own lives and see how he has allowed heart-breaking things to happen, including the oppression of power. We can also see the thousands of good gifts that he lavishes upon us. In perfect justice and mercy he knows how much of each to give or withhold.

We also know that God wants us to partner with him to “rescue the perishing” and “set the captives free.” We are called to leverage our blessings to bless others. “To whom much was given much will be required” (Luke 12:48)

When we confuse blessings and privilege we do not acknowledge God as the giver of every good gift. We do not live lives of gratitude for his forgiveness and blessings. We rob him of the praise that should be his.

A monarchy like the House of Windsor enjoys plenty of power and privilege. In her coronation ceremony the Queen chose to embrace her royal privilege as a calling and blessing from God. She has committed her life to humbly serving him and her people—showing up at thousands of hospitals, receptions and installations, etc. Bringing the grace and dignity of the crown to the celebrations and sorrows of her people. She remains steadfastly dutiful and apolitical. And never projects a sense of guilt or ambivalence.