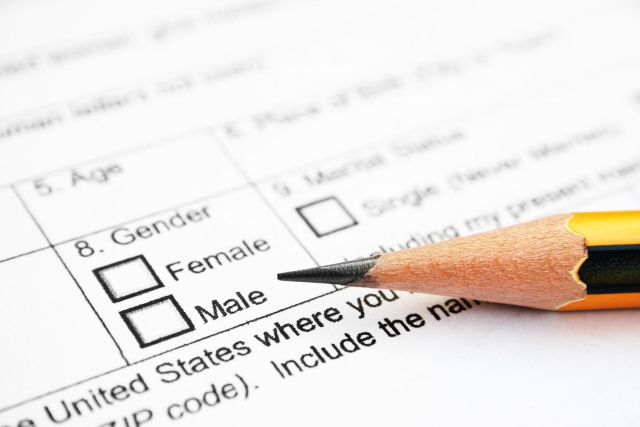 The LBGT community has asked hard questions of us in its struggle for acceptance: “Why do you care what we do in our own bedrooms?” So state courts struck down laws against sodomy.

“Why can’t we have the civil right to marry whom we please?” In 2014 the Supreme Court ruled in favor of gay marriage.

“Why should any employer be able to fire us because of our sexual orientation or gender identity?” In June 2020 the Supreme Court ruled they cannot. One of the cases litigated was that of a funeral home whose biological male employee transitioned to a woman. The court insists that bereaved clients should not discriminate against him/her, even if they feel uncomfortable.

Now, in this run up to our election, is a good time for Christians to ask hard questions about the LGBT community and our vote.

If we see them through the eyes of Jesus, our very first question must be, “How can we show them love and kindness?”

We can acknowledge that we are fellow travelers—people who bear God’s great and beautiful image, but who struggle with not always choosing what is good and true. We are broken in our sexuality too. We need a fixed north star to guide us in a world of fast-changing possibilities.

We must truly care about people in the LGBT community. Not just seek a connection or relationship in order to “fix” them. We can show true empathy by listening to their stories. Providing practical help and comfort. Building friendships.

At some point, showing kindness and compassion will put us in tension with their beliefs. There will be times when we ask questions or pursue conversations that reveal that tension. With all gentleness and respect, we kindly need to speak the truth in love.

Our next question should be, “Why does the LBGT community insist there is only one gender spectrum?” A spectrum with male at one end and female at the other and countless degrees of gay, lesbian, bi, and trans in between?

God created us male and female–two gender spectrums—and declared it “very good.” We have great freedom to be exactly who he made us to be along either continuum.

How often does sexual identity become confused because we don’t affirm our tomboys and our sensitive, artistic sons in their full femaleness and maleness? Many of them “come out” as gay or lesbian or trans because of the pressure to conform to cultural stereotypes that God never intended. Think Deborah who was a judge and a warrior, or Jacob who liked to hang out with his mother and cook.

Does the LGBT community have the civil right to require Christians to use their artistic gifts to celebrate their gay/trans weddings with wedding photography, custom cakes, calligraphy, etc. when in good conscience they believe it is morally wrong before God?

Do they have the right to produce curriculum that establishes a single gender spectrum and gender fluidity/LGBT identity along that spectrum and affirms same-sex attraction to take into the public schools?

Do male to female trans athletes have the right to take female hormones and have surgery and compete with girls?

Do they have the right to share restrooms and locker rooms? And hotel rooms on team trips?

Must teachers and other employees use preferred pronouns when referring to trans people or lose their jobs?

Joe Biden believes they should have those rights and others as laid out in The Equality Act. He has vowed to make it his top legislative priority if elected.

•          It would make it against federal law to discriminate on the basis of sexual orientation and gender identity in public accommodations, education, employment, and housing.

•          It redefines “public accommodation” to include “any establishment that provides a good, service, or program.”

I read the bill. The vast majority of the text adds the language “sexual orientation and gender identity” to classes of people not to be discriminated against in the Civil Rights Act. The bill does address at more length two things that are of concern to people who want to provide for the modesty of their children and whose faith aligns with traditional morality. The bill…

1.         …states specifically that “an individual shall not be denied access to a shared facility, including a restroom, a locker room, and a dressing room, that is in accordance with the individual’s gender identity.’’

2.         … stipulates that the Religious Freedom Restoration Act (RFRA) cannot be appealed to by individuals, businesses, educational institutions, or religious institutions.

In other words, the law strips away religious liberty by forbidding Jews, Christians and Muslims from appealing to the law that says the “Government shall not substantially burden a person’s exercise of religion” in cases where you may be accused of prejudice and discrimination. Republicans in the House repeatedly tried to strip this provision from the bill. But Democrats insisted that it be left in.

Were this bill to become law…

Perhaps most powerfully of all, passage of The Equality Act…

Joe Biden, who was attacked for calling Mike Pence a “decent guy,” retracted his opinion after being criticized by an LGBT activist and then said, “…there is nothing decent about being anti-LGBTQ rights, and that includes the Vice President.”

In his Town Hall last Thursday on ABC, Biden even exhorted parents of children who wanted to transition their sex, “The idea that an 8-year-old child or a 10-year-old child decides, ‘You know, I decided I want to be transgender. That’s what I think I’d like to be. It would make my life a lot easier.’ There should be zero discrimination!” By extension Biden condemned the parent who wants to resist, or even wait to affirm the child’s decision until they possibly outgrow that desire (most do).

Parents who wish to counsel their children regarding what God says about being created male and female may soon be regarded as transgressive as racists and bigots by the President of the United States.

A parent whose daughter transitioned in her twenties has responded to this pressure saying, “As parents, we face an excruciating choice: We’re told we have to affirm something we don’t think is true, to betray our own convictions—or lose our child.”

In some states it has already become illegal to give children and teens evidence-based therapy to help them process their gender confusion. there have already been instances of political threats against churches to suspend Bible Studies that help teens process gender identity. (Highly recommend this article by Nancy Pearcey, “How the Equality Act Would Devastate Parents’ Ability To Get Trans Children Help”)

Have there been scientific studies that support the view of the LGBT activists? Are they following the science? No. Activists are seizing the moment to call for these changes in a complete absence of longitudinal studies that explore the long-term health benefits being pushed in education and parenting. Currently, up to 20% of trans people regret their sex change. Forty percent attempt suicide. Simply search “sex change regret” and you can read their sad stories.

If the reality of male and female is eroded, what happens to the legal concept of families, family law and parental rights? A recent Harvard Magazine article has called for “a complete transformation of American law and morality, and the effective nullification of parental authority in the name of ‘children’s rights.’”

The Equality Act is a “ticking time bomb” that will profoundly transform our culture, our families and intimate issues of identity and sexuality in the hearts of our children, as cultural pressure would mount even more in the wake of its passage. God created us male and female and blesses marriage between a man and a woman for our joy and his glory. We can trust him and rely on his good design because he knows all the future consequences of departing from his plan for human flourishing. Please vote against the Equality Act and the candidates like Biden who support it. Find out where your local school board members stand on it.