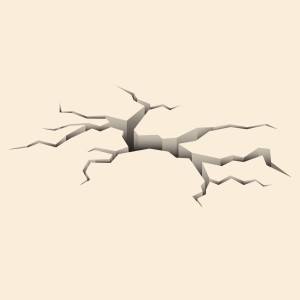 “Why are you concerned about this presidential primary?” I ask.

“Because,” a friend said over dinner, “someone I don’t trust may gain control of our military might, our nuclear codes–someone who seems easily offended and vengeful.”

“Because,” another said, “I’m afraid I’m losing my homeland. It’s changing right under my feet.”

“I wonder,” said another, “what are people thinking?! They don’t appear to care about issues and substance. They seem charmed by the personality of a Pied Piper.”

It’s getting harder and harder to govern America by politics. The interests of different groups are getting further apart. As political compromise and deal-making breaks down, gridlock sets in. Anger boils.

David Brooks reminds us that, historically, when politics breaks down, the other alternative is a dictator. People give up on politics and look to a perceived strongman to fix the mess.

The strongman promises what he can never realistically deliver, which sets people up for more frustration and anger…

Turning and turning in the widening gyre
The falcon cannot hear the falconer;
Things fall apart; the centre cannot hold;
Mere anarchy is loosed upon the world…
The best lack all conviction, while the worst
Are full of passionate intensity.
(from “The Second Coming” by William Butler Yeats)

Yesterday I was speaking to another friend who confided that it was getting to the point where she didn’t even want to let her thoughts go to the state of our nation or the coming election.

How can we not feel threatened, frustrated, distraught…?

I was feeling the same occasional spasms of dread in this wild ride of an election process. Then Sunday two things happened:

First, my husband preached a great sermon from Acts 12. As persecution in Jerusalem mounts King Herod puts James to the sword and Peter in prison. Believers gather to pray earnestly. Even though their faith wavers (surely it can’t be Peter at the door!) God answers.

An angel escorts Peter out of prison. And soon after, God strikes Herod down. It’s not a quick death. He is eaten by worms and dies. “And the Word of God increased and multiplied.” When we don’t give way to fear, but pray instead, God moves in ways we can’t imagine.

It doesn’t mean God always rescues and puts a bow on everything. Herod did put James to the sword. Jesus allowed one of his inner circle of three to be beheaded by a king who loved to put on fancy clothes and make speeches, soaking up the worship of supplicants who treated him like a god. But God would soon dispatch him, with a horrific death, to an eternity that would be even worse.

As Jack concluded in his sermon, “Herod is an example that no king, no ruler, no government or group of people can stop the word of God from increasing and multiplying.

“As you and I watch the unfolding of presidential politics here and as we see the rise of terrorism around the world we have no need to be paralyzed with fear. Our God is an awesome God. He will protect his people as he pleases and he will multiply his word. Nothing and no one can defeat our King as he builds his kingdom.”

Then last Friday that same governor endorsed Trump: “I think he could be one of the greatest presidents ever if he sits down and puts together a good team.”

I know the great snare of politics is selling your soul for power, still it’s breathtaking to watch it happen in real time.

Another article reminded me that last year it was actually two Republican governors that stood against language in proposed Arizona and Indiana legislation that would have extended the protection of the federal Religious Freedom Restoration Act to protect religious liberties at the state level.

When it came to choosing between protecting Christian florists and photographers from having to service a gay wedding against conscience, or supporting the gays forcing them to do so, the governors chose to stand against the Christians.

God sees all the things we don’t, even the deepest hearts of political party leaders. I’ve been thinking lately about Romans 1: When people do not honor God or thank him, he “gives them over” to the consequences of their futile thinking and poor choices.

Maybe he means to do business with me to “fear not, but be bold and courageous.” To fast and pray, not just about this election but about building his kingdom.

I need to let go of this election outcome and put it in his hands without any fear. And without walking completely away. To show thanks for my freedom and beloved country by staying engaged and voting.

But we don’t stress as if what happens in this world is our best shot at happiness. If our homeland is changing before our eyes ultimately we line up with Abel, Noah, and Abraham…

Hebrews 11:13-16 “These all died in faith, not having received the things promised, but…having acknowledged that they were strangers and exiles on the earth…they are seeking a homeland…they desire a better country, that is, a heavenly one.”

Hebrews 11:8,10 By faith Abraham obeyed when he was called to go…for he was looking forward to the city that has foundations, whose designer and builder is God.”

Our true home is heaven. On earth we are like travelers staying at a hotel.  One day we will step into eternity–the joy of reveling in the comfort and familiarity of home with Jesus that, at the same time, will be totally exciting and new.

Meanwhile we bring the power of heaven into the losses and conflicts of earth. Last night I gathered with friends to pray for the election and for building God’s kingdom. Together we put this thing in his hands. The church didn’t shake, but I believe God is on the move today.

6 thoughts on “When You’re Feeling Stressed about This Election”