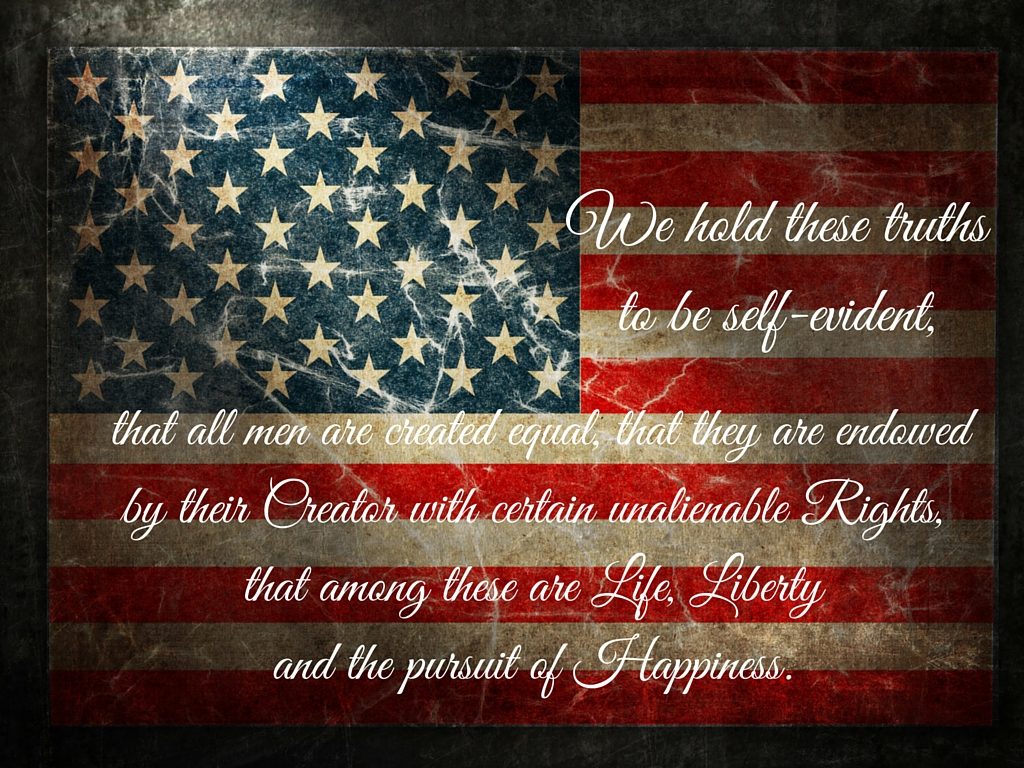 2. Before there was ever a Declaration of Independence, there was a day of prayer and fasting to bring the divided founders together:

Barely 7 weeks before July 4th, the Continental Congress declared that, Friday, May [17th], “be observed as a day of humiliation, fasting, and prayer; that we may, with united hearts, confess and bewail our manifold sins and transgressions, and, by a sincere repentance and amendment of life, appease [God’s] righteous displeasure, and, through the merits and mediation of Jesus Christ, obtain his pardon and forgiveness; humbly imploring his assistance to frustrate the cruel purposes of our unnatural enemies. . .

…that it may please the Lord of Hosts, the God of Armies, to animate our officers and soldiers with invincible fortitude, and to crown [them] with victory and success: Earnestly beseeching him to bless our civil rulers, and the representatives of the people…and direct them to the most efficacious measures for establishing the rights of America on the most honourable and permanent basis—That he would be graciously pleased to bless all his people in these colonies with health and plenty, and grant that a spirit of incorruptible patriotism, and of pure undefiled religion, may universally prevail…and [that we be] enabled to transmit them inviolate to the latest posterity.

4. Adams again, all “sober inquirers after truth” agreed that happiness derived from virtue; that form of government with virtue as its foundation was more likely than any other to promote the general happiness.

5. In the Declaration the Founders acknowledged God not only as “divine Providence” and their “Creator,” but also as Law-giver and “Supreme Judge of the World.” The source of virtue and natural law upon which our laws should rest. And to which we are all accountable. The basis of our laws is officially the character of God and the “laws of Nature’s God.” 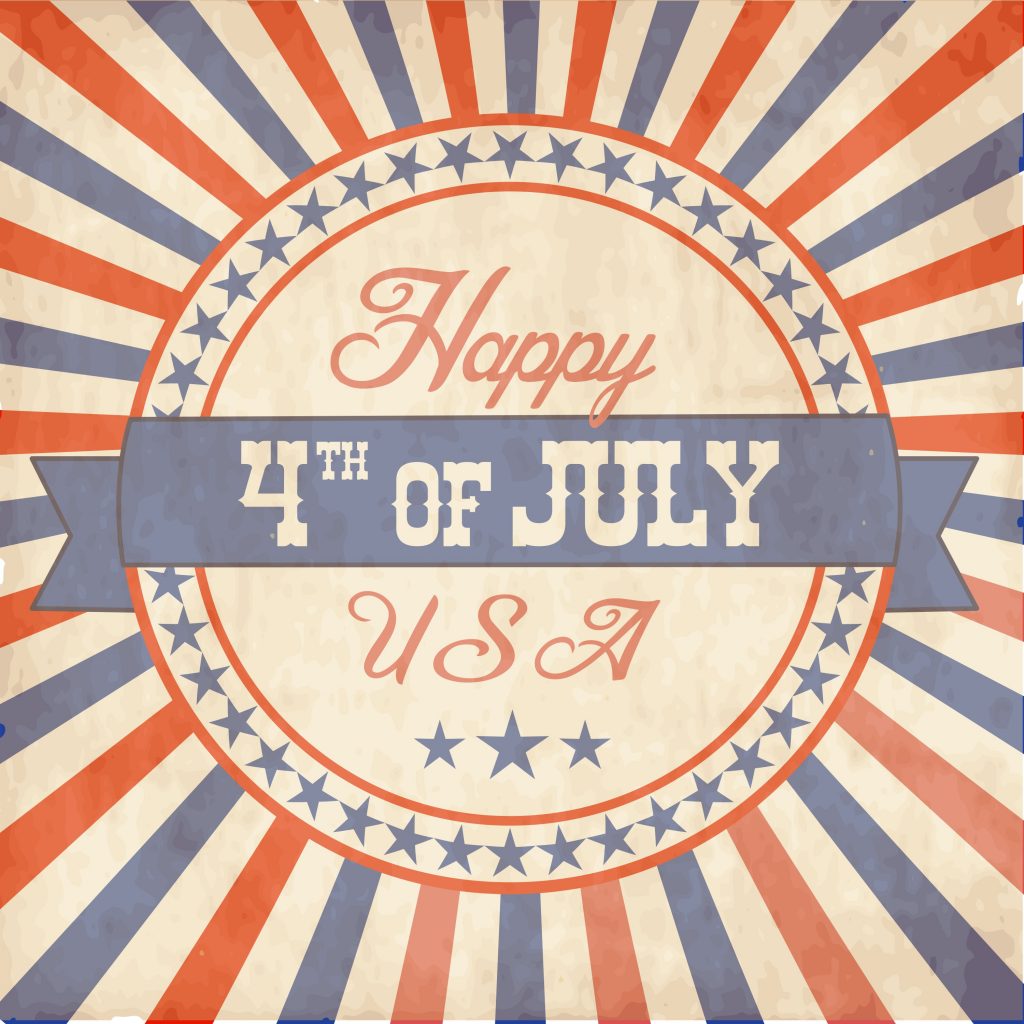 6. I think this is what fundamentally irritates some of our judges including Richard Pozner, US court of appeals judge for the Seventh Circuit, when he said this week, “I see absolutely no value to a judge spending decades, years, months, weeks, day, hours, minutes, or seconds studying the Constitution, the history of its enactment, its amendments, and its implementation. Eighteenth-century guys, however smart, could not foresee the culture, technology, etc., of the 21st century. Which means that the original Constitution, the Bill of Rights, and the post–Civil War amendments (including the 14th), do not speak to today.” This is why we must pray and vote for originalist justices. Justices who value the original intent of our declaration and Constitution. Whom do we trust more? Our founders or judges like Pozner?

7. In this election, the Declaration reminds us that the founders believed that all good government was republican, and the “true idea” of a republic was “an empire of laws and not of men.” They assailled King George as a tyrant who disregarded laws: he “refused his assent to laws necessary and wholesome for the public good,” forbade his “Governors to pass laws of pressing importance.”

8. The founders believed that laws should be passed by a representative assembly. King George refused to pass laws for large districts of people unless they gave up their rights of representative government; he “dissolved legislative houses repeatedly” and “refused to cause others to be elected.”

9. John Adams, whose Thoughts on Government had such profound effect on the Declaration and Constitution, further believed that these representative assemblies should be “an exact portrait in miniature of the people at large.” But one representative assembly must not have the whole legislative power. There must be checks and balances. Because, like an individual with unchecked power, it could be subject to “fits of humor, transports of passion [and] partialities of prejudice.” Note to the conventions this summer: the founders favored checks and balances so we would not suffer under people who demonstrated these faults.

10. What John Adams and many of the founders feared the most: “I fear that in every assembly, members will obtain an influence by noise, not sense. By meanness, not greatness. By ignorance, not learning. By contracted hearts, not large souls…. There is one thing that must be attempted or we’re all undone. There must be decency and respect, and veneration introduced for persons of authority of every rank, or we are undone.” If we elect a president who is not decent, trustworthy or respectful of others we will be in uncharted waters. God help us.

11. While Adams was the main driver behind independence and the big-picture thinker who envisioned what the new Republic’s government could look like, we can all be grateful that Thomas Jefferson was chosen to write the Declaration. Adams gave Jefferson three reasons why he was the man to do it: ”Reason first: you are a Virginian and a Virginian ought to appear at the head of this business. Reason second: I am obnoxious, suspected and unpopular. You are very much otherwise. Reason third: you can write 10 times better than I can.” Besides, Adams was already serving on 26 committees.

12. But on July 1, when the Declaration was put to the final vote, it was Adams who defended it with the speech of his life. Jefferson would recollect that Adams was “not graceful nor elegant, nor remarkably fluid,” but spoke “with a power of thought and expression that moved us from our seats.” In all the debate lasted nine hours. Pennsylvania and South Carolina voted no. New York abstained. Rhode Island’s delegation was divided. A final vote would be taken on July 2nd.

13. The consensus of the final vote on July 2nd was truly an answer to the prayers of May. Caesar Rodney, a pro-independence delegate suffering from facial cancer, rode 80 miles through the night, changing horses several times, to tilt Rhode Island’s vote to yes. The Pennsylvania delegation met through the night and their two no-voters voluntarily absented themselves from the final vote. New York continued to abstain. But South Carolina joined the majority to make the vote unanimous. This small state has always played an outsized role in the affairs of our nation.

14. The founders knew too well that independence was going to be an incredibly costly sacrifice of blood and treasure. On July 2nd British forces that greatly outnumbered the Americans were massing on Staten Island and expected to attack New York any moment. No wonder the signers affixed the final sentence to Jefferson’s draft: “And for the support of this Declaration, with a firm reliance on the protection of divine Providence, we mutually pledge to each other our lives, our fortunes, and our sacred honor.” What are we prepared to do?

15. Although it was finally approved on July 4th, the Declaration was printed and read publicly on July 8th. John Adams hoped that independence would be commemorated as “the Day of Deliverance by solemn acts of devotion to God Almighty. It ought to be solemnized with pomp and parade, with shows, games, sports, guns, bells, bonfires, and illuminations from one end of this continent to the other from this time forward forever more.”

In Philadelphia bells rang through the day and into the night. Houses were illuminated with candles in their windows. There were bonfires at street corners. In the State House the King’s arms were removed from the wall and thrown on top of one of the bonfires. In New York a roaring crowd pulled down the larger-than-life equestrian statue of the tyrant-king George III.

And we Americans became a free people.

(Much of this content comes from David McCullough’s outstanding biography, John Adams.)

Read what happened to the founders and my prayer for America here.

What are your thoughts on reading the Declaration of Independence? Please share them in the comment section below…