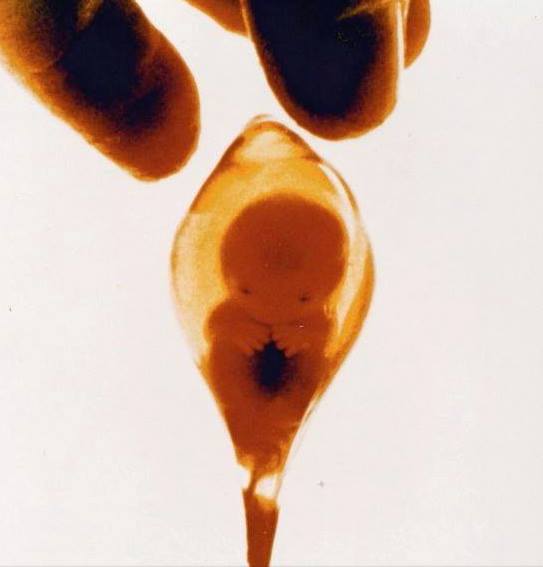 Now that it looks like another conservative justice will be appointed to the Supreme Court, does it matter so much if my vote for President is pro-life? Why is a candidate being pro-choice such a deal breaker for some Christians? Can’t we put aside our belief about abortion for the sake of unity?

(Note: this is a frank discussion and depiction of abortion) I wish that every election season each voter would take the time to watch or re-watch the movie Unplanned. It begins with real empathy for those who seek abortion and those who help them. It’s the true story of Abby Johnson who joined the staff of Planned Parenthood to help women in crisis—the women who called and walked through their doors–tender, upset, weeping. Having experienced two abortions of her own, she wanted to offer support to those women who didn’t think they could care for their child.

She began to think about leaving when, as clinic director, Planned Parenthood began to push her to be more proactive in selling abortions because, “Abortion is how we make our money.” They gave her a new quota that was double the number of abortions at her clinic the previous year.

The final tipping point to leave came a month later. What Abby saw in the clinic opened her eyes (and hopefully opens each viewer’s eyes) to see the reality of the bloody, violent business that takes a human life. She was asked to assist an abortion doctor do an ultra-sound guided abortion. Though she had worked at the clinic for years, she had never observed first-hand what went on.

“Nothing prepared me for what I saw on the screen, Abby said. “An unborn baby fighting back, desperate to move away from the suction. And I will never forget what the doctor said next: ‘Beam me up, Scotty.’ The last thing I saw was a spine twirling around in the mother’s womb before succumbing to the force of the suction.”

While the extraction machinery whirs and sucks and tubes swirl with blood and pieces of infant flesh and bone, the viewer naturally begins to consider whether, in the struggle between the abortion doctor and the unborn baby, they identify more with the baby or the doctor. Who is more deserving of compassion? The baby trying to get away or the doctor joking, “Beam me up Scottie”?

(When she retells her story in person, Abby describes what most people don’t know: “They don’t know about the Products of Conception Room in abortion clinics where infant corpses are pieced back together to ensure nothing remains in the mother’s womb. Or that we joked and called it, ‘The Pieces of Children Room’.”)

The scene depicting Abby’s experience with an abortion pill was almost as hard to watch. A medically induced abortion brings on terrible cramps and bleeding as the uterus sluffs off its blood rich-lining and the fetus. In the scene depicting her at-home abortion the bathroom becomes a bloody mess.

Calling the baby a “fetus” or “product of conception,” and keeping the reality of abortion procedures behind closed doors may hide the violence and gore of abortion. But Unplanned compels us to consider, if this is what it means to take an unborn child’s life, how can we be so casual about it? How can the violence on screen, multiplied by the 62,252,920 abortions since Roe v Wade was decided, be just or compassionate?

If we really believe that our constitution guarantees the right to life of each little person, how can we justify taking that life? What moral difference does it make if that life is on one side of its mama’s skin or the other? Yes it’s small…but is a 6 pound already born baby more of a human life than a 7 pound baby in utero? It already has its own DNA. Its own blood type. It is its own little person. That baby’s innocent life matters.

To someone who asks if voting pro-abortion is a deal breaker for me I can’t help but wonder how he or she would respond if asked if voting pro-slavery is a deal breaker for him or her. Could you vote for someone who is still bitter about the Emancipation Proclamation and wished to return to the days when slaves were counted as property? Not fully human?

At their core, the evil of both abortion and slavery have to do with honoring and protecting the sanctity of the image of God in another person. Both are terribly wrong. But I believe taking an innocent life is worse. Even in bondage a suffering soul can know and love God and others in this life. A suffering soul can be loved by God and others in this life. That greatest good is denied the one whose life is taken.

So yes, a candidate who is pro-choice is a deal breaker for me. But if Amy Coney Barrett is appointed to the Supreme court to create a conservative majority, does it still matter so much if I vote pro-life?

Yes, and here’s why: In this presidential election, Joe Biden is not only pro-choice, he wants to repeal the Hyde amendment. I must not only tolerate this great loss of innocent human life, I must now pay for it with my taxes. The possible repeal of the Hyde Amendment moves the accountability of abortion closer to home. Not only will the judges and justices be accountable for this massive taking of innocent human life, but I will be accountable for how I vote to have my tax dollars spent.

Given his age, Biden may not finish his term. At the very least Kamala Harris will play an outsized vice-presidential role. Her record on abortion and Planned Parenthood is appalling.

Perhaps you remember David Daleiden, the undercover investigator who filmed Planned Parenthood execs talking about performing abortions in such a way so that the baby parts could be sold to researchers. His footage, released on the internet, severely damaged Planned Parenthood’s standing and finances. Three congressional committees and 13 states began investigations.

So the PP leadership met with Kamala Harris, then California Attorney General, to custom order a prosecution of Daleiden. Daleiden’s home was invaded and his computers taken. He was charged, found guilty of a felony and is appealing his conviction. He has also counter-sued Kamala Harris and Planned Parenthood for violation of his Civil Rights.

How could I vote for a vice-president that has acted to preferentially to Planned Parenthood, the organization that is pressing its personnel to sell more abortions? How could I vote to reward a woman who has persecuted Daleiden, one of the bravest champions of the pro-life movement? To say nothing of her vicious attacks on Justice Kavanaugh in his confirmation hearings, mainly because his originalist interpretation of the constitution will probably result in weakening or reversing Roe v. Wade. Do we really believe that Roe was justly decided? That there really is a woman’s right to kill her unborn child in the constitution?

In her speech at the Republican National Convention, Abby Johnson said, “”Life is a core tenant of who we are as Americans. This election is a choice between two radical anti-life activists and the most pro-life president we have ever had. That’s something that should compel you to action.”

Former Ohio Governor John Kasich asks, “Can’t we put aside our belief about abortion for the sake of unity?”

I would again respond: “Can we put aside our belief about slavery for the sake of unity?” Jesus regarded unity very highly. But his moral law also condemns murder. I believe we must come together in unity to show compassion to the women in crisis pregnancies. But we must not grow complacent about the evil of abortion.

We must always counsel women in distress about their pregnancies to choose life. That is God’s heart.  Choose life! Trust God in your suffering. He can redeem the most difficult, ugly circumstance, even rape, into something good as we choose life. If a woman chooses abortion to make her own life better, easier, we need to challenge her to see if she is sacrificing her child for her own well-being. These are hard words. They must be communicated in great love.

In the Old Testament, people sacrificed their children for their own well-being. They sacrificed their children to the God Baal so he would send rain and increase their crops, prosper them economically. God expressed his revulsion to child sacrifice to the prophet Jeremiah. His words pierce my heart. They are almost a lament: “They have built the high places of Baal to burn their children in the fire as offerings to Baal–something I did not command or mention, nor did it enter my mind (Jeremiah 19:5).” It is unthinkable to God that we would sacrifice our children for our own well-being.

May God have mercy on America. May he show great mercy on women in crisis pregnancies and help them choose life. And may we elect a pro-life president.

6 thoughts on “Hard Questions about Abortion and Our Vote”