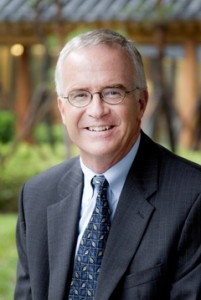 It is Lent. And I was just praying this this morning from Nancy Leigh DeMoss’s prayer guide on what a broken, humble heart really looks like. It’s a heart like Jesus’ heart, who even gave up his rights as King of Kings and Lord of Lords to purchase our salvation with his life’s blood.

So does that mean we should give up our rights to religious liberty in America? Or should we pay for contraception that is really abortion? Should Christian colleges be forced to hire LGBT professors to teach Bible or theology? Should my husband, an ordained minister, be compelled to preside over a same-sex wedding? What exactly is at stake?

On Sunday, April 19th, Pepperdine University Law Professor Robert Cochran will present an evening conversation here in Columbia at Cornerstone Presbyterian Church about the future of our religious liberty.

As with everything, I believe that when we find ourselves in tension between claiming our rights and giving them up, God looks at the larger context and at our hearts. What are the circumstances? What is our motivation?

Clearly sometimes it is good to claim our rights of protection from unjust persecution under the law. From the apostle Paul’s life we read this story:

Acts 22:25-30 As they stretched him out to flog him, Paul said to the centurion standing there, “Is it legal for you to flog a Roman citizen who hasn’t even been found guilty?”

When the centurion heard this, he went to the commander and reported it. “What are you going to do?” he asked. “This man is a Roman citizen.”

The commander went to Paul and asked, “Tell me, are you a Roman citizen?” “Yes, I am,” he answered. Then the commander said, “I had to pay a big price for my citizenship.” “But I was born a citizen,” Paul replied. Those who were about to question him withdrew immediately.

The commander himself was alarmed when he realized that he had put Paul, a Roman citizen, in chains. The next day, since the commander wanted to find out exactly why Paul was being accused by the Jews, he released him and ordered the chief priests and all the Sanhedrin to assemble. Then he brought Paul and had him stand before them…”

But Paul was not playing his “rights” card just to escape the pain of a beating. In the next chapter Jesus will tell him in a vision that he will testify to the gospel in Rome (Acts 23:11). As he claimed his rights as a Roman citizen Paul knew that such a claim would likely move his case into the court system where he could testify to the gospel from a significant platform. And ultimately he appealed to Caesar in Rome–his way of participating with God’s plan.

Some might make the case that when it comes to photographing a gay wedding or hiring faculty at Christian Universities we are putting a stumbling block before the gospel if we, as followers of Jesus and members of his church, appeal to our right to religious liberty to go against the cultural tide which favors gay rights.

It’s increasingly true that the Bible’s straightforward teaching against gay sex is creating a barrier to belief. According to a Public Research Institute’s March, 2014 report, “Among Millennials who no longer identify with their childhood religion, nearly one-third say negative teachings about, or treatment of, gay and lesbian people was either a somewhat important (17 percent) or very important (14 percent) factor in their disaffiliation from religion.”

We have to decide how to honor God’s word and his design for sex and families with the tenderest hearts toward those who do not hold his word in such high regard.

To claim rights to religious freedom when it may conflict with LGBT claims to rights of non-discrimination will bring scathing criticism. Just ask Gordon College President Michael Lindsay. He believes that LGBTs may be hired at Gordon, but that they should observe the University’s policies against homosexual practice and extra-marital sex. In July 2014 he signed a letter (as an individual) requesting a religious exemption to a planned order barring federal contractors from discriminating in hiring on the basis of sexual orientation. Dr. Lindsay believes that Christian organizations should be able to hire in alignment with their mission.

Reaction has been swift.

The mayor of Salem, Mass. dropped the city’s contract with Gordon College to manage its Old Town Hall facility. The nearby Lynn public school district severed an 11-year partnership with Gordon College that allowed student teachers and volunteers in its schools. The New England Association of Schools and Colleges began a review of whether the school’s long-standing inclusion of ‘homosexual practice’ as a forbidden activity violates their standards for accreditation.

On MoveOn.org’s website over 3,000 people, including many Gordon alums, signed a petition to protest the president’s letter. The animus toward any Christian who would suggest such a religious exemption was intense:

“Christianity at it’s finest ! There’s an easy solution …. lose the federal funding, then you can proudly discriminate in the name of your perverted religious beliefs.”

“As a 1970 graduate and the parent of a gay child I find President Lindsay’s action despicable. The true message of Jesus is that we are all God’s children.”

“Christians should never be on the forefront of hate.”

“This is the reason faith is a dying cause.”

So much is at stake. I wonder if the same level of attack would be leveled at my husband for a refusal to marry a same-sex couple. The presumption of hating gays rather than loving God’s word is so wrong. But as the criticism ratchets up we should be prepared to expect more of it.

“But even if you should suffer for what is right, you are blessed. ‘Do not fear what they fear; do not be frightened.’  But in your hearts set apart Christ as Lord. Always be prepared to give an answer to everyone who asks you to give the reason for the hope that you have. But do this with gentleness and respect, keeping a clear conscience, so that those who speak maliciously against your good behavior in Christ may be ashamed of their slander” (1 Peter 3:14-16).

Our nation was founded on the principle of protecting religious liberty. We should seek to love the lost and hold our personal rights with open hands. But we should seek to honor God and his Word above all.

If you’re in Columbia join us April 19th at Cornerstone Presbyterian Church to hear Prof. McCormick explain what our religious liberties are, how they are at risk and how we can respond with grace and truth.