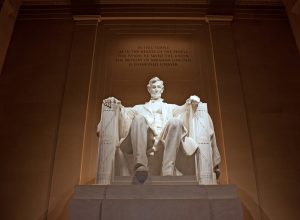 While many were cheering and excited as the Republican convention drew to a close, my heart was heavy. An election is a real-time window on our values in today’s culture.

The communal psalms of lament “express deep sorrow for the travails of a nation.” So, like the psalmist, I open my heart to God and others in response to our pageant of values in play–both what I see being lost and what I see coming.

Father God, in the name of Jesus, Lord we’re so thankful…that you are guiding [Donald Trump], that you are giving him the words to unite this party, this country, that we together can defeat the liberal Democratic Party…Because we are…the conservative party under God.

…give him the power and the authority to be the next President of the United States of America, in Jesus’ name — if you believe it, shout Amen!

So when Trump attacks Cruz in Cleveland, Pastor Burns, we appeal to you in Christ’s love, do you believe his words are guided by God to unite us? When, on Friday, he repeats his accusations that somehow Ted Cruz’s father was implicated in the assassination of JFK because a (thoroughly discredited) photo of Lee Harvey Oswald with his father ran in the National Enquirer, can you really say, “we give thanks because he is being guided by God?” How can he bring his party together when there is no repentance? No offering or receiving of forgiveness?

And when he attacks “Crooked Hillary” with words that belittle and demean, how can he be “guided by God to unite our country?” How is it that we deserve to beat the liberal Democratic Party because we are “the Conservative party under God?”

I lament that Republicans claim God’s favor and ask God to give Trump the power and authority to become president out of the presumption that we are right.

During the Civil War, another Republican, Abraham Lincoln was purportedly asked if God was on his side. “Sir, my concern is not whether God is on our side,” said the President, “my greatest concern is to be on God’s side, for God is always right.”

May God have mercy on us and intervene to give us leaders who seek him with their whole hearts. And show us how we might follow hard after him and be on his side. “Everyone on the side of truth listens to me” (Jn 18:37).

I lament Donald Trump’s destructive, un-Jesus-like commitment to never turn the other cheek, never apologize when wrong and always hit back twice as hard when hit.

I’ve already documented this, but we saw it again in Cleveland. Every English teacher in America knew Melania’s speech was plagiarized. You might see the same themes in different papers, same words even. But once those words are strung together in the same order in sentence after sentence, with only slight variation and no attribution to the earlier source, that is the definition of plagiarism.

On Tuesday after the Monday night speech, the Trump staff writer responsible for the plagiarism offered her resignation to Mr. Trump. He refused it and dealt kindly with her. Yet publicly he doubled down on his campaign’s insistence that Melania wrote the speech herself. Even Wednesday morning his campaign manager was insisting to ABC’s George Stephanopolous that, “As far as we’re concerned, the speech is Melania’s speech…a genuine message from her heart.”

When Susan Rice went on TV after Benghazi and lied repeatedly, saying that the attack was caused by a video and a spontaneous demonstration,  Republicans and conservative commentators were outraged. Granted, the stakes weren’t as high, but when Paul Manafort did the same thing for Trump…crickets.

Once again the truth was deliberately held hostage to Trump’s refusal to admit a mistake or offer an apology—the kind of humility and honesty at the core of good relationships and strong leadership. Surrogates were told to lie. But the press would not let it go. Finally his campaign admitted the truth and released a statement by the staff writer admitting her error. But so much damage was done to his campaign’s integrity.

I lament the complete omission of any commitment to the right to life or religious liberty in Trump’s convention speech.

The right to life transcends politics. If we are a nation that sacrifices babies to our own economic well-being, then maybe are we are more like the Canaanites who sacrificed their babies to Molech so he would grant them economic well-being than we think. Such a great grief to God was one of the main reasons he turned them out of the land and gave it to Israel.

Judging from an interview he gave to Playboy magazine, Trump’s reluctance to speak about the right to life may well come from his own story. He was asked, “When he was a swinging bachelor in Manhattan, was he ever involved with anyone who had an abortion?” The shoot straight, the usually candid Mr. Trump responded, “Such an interesting question. So what’s your next question?”

Trump tells us he has changed his position, for which I’m grateful. However, there is no abortion of which Hillary does not approve. Even though a fetus can feel pain at 20 weeks, she condemns as “extreme” any attempt to limit abortion and spare them the suffering. And, in her commitment to abolish the Hyde amendment, she would make us pay for abortions with our taxes. Which is why I may yet vote for Trump and the pro-life judge he promises to appoint to the Supreme Court.

Because ultimately, the President and Congress can enact all the laws they wish, but if the court does not uphold them, they are useless.

Finally, I lament Donald Trump’s claim that, with all that’s wrong with America, “I alone can fix it.”

Sounds way too much like Daniel 4:30: “Is not this the great Babylon I [alone] have built as the royal residence, by my mighty power and for the glory of my majesty?”

Things did not turn out well for Nebuchadnezzar. He wound up living with the wild animals and eating grass like a cow for seven years, until he acknowledged that “the Most High is sovereign over the kingdoms of men and gives them to anyone he wishes.”

I wish he would have invoked God’s help. Or even mentioned “God.” Like Lincoln and many (most?) of our presidents have. Not like a formula for victory, but because he truly relies on God’s help.

I could add to this list, but this claim that we deserve to “beat the liberal Democratic Party because we are ‘the Conservative party under God’…? God have mercy on us.

I lament that we do not honor you, sovereign God as we have in the past. But because you, God, are sovereign, we have hope.

God will accomplish his purposes for us and for our nation. The narrative arc of history points toward Jesus, who will establish a kingdom beyond imagining.

In the meantime, we strengthen ourselves in the Lord, knowing that Jesus also wept over the brokenness of this world. But he knew the plans he has for us—plans to give us a future and a hope.

What is your response to the conventions? Share your thoughts in the comments below…