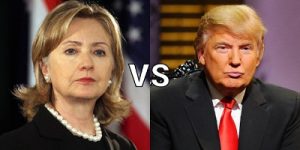 If there is one thing we learned from the first presidential debate of 2012, it was that, in these postmodern times, even the “smartest guys in the room” agonize over how much to focus their message on empathy or reasoning. Likeability or a robust contention for facts and evidence. Should they approach their audience more as thinkers or feelers?

In his first debate with Mitt Romney, President Obama opted to forego answering Gov. Romney’s questions about his record. Postmodern conventional wisdom tells us that if we want to win today’s audience to our point of view we do it with empathy and likeability more than evidence and facts. If you argue the facts, if you forcefully appeal to reason, you can seem angry and unlikable. So appeal to emotions more than reason.

The New York Times reported that in mock debates in 2012 with Massachusetts Senator John Kerry, “Mr. Kerry drew Mr. Obama into a series of intense exchanges, and Mr. Axelrod (his chief campaign strategist) determined that they were damaging to the president.” Obama pulled his punches and didn’t get into an exchange over the defense of his record.

So much for conventional wisdom. The disappointment and frustration of his supporters resounded from the debate hall to the Twitterverse. Reading the early reviews on his iPad on his way back to his hotel, Obama called Axelrod, “I guess the consensus is that we didn’t have a very good night.” “That is the consensus,” Axelrod replied.

Again, the conventional wisdom for winning a postmodern audience has been, “We live in times where truth claims invite suspicion. Facts and empirical evidence don’t connect as much as stories and appeals to emotion.” So simplify your facts to a few easy points. And tell lots of stories to build empathy and likeability. After a bitterly fought 2012 Republican primary, the Republican Convention was clearly focused on the likeability issue, especially testimonials of Mitt Romney’s kindness and character.

And the Democratic convention pretty much followed suit except…Bill Clinton’s speech on behalf of President Obama. Surprisingly, the architect of “I feel your pain” political strategy gave the most factual, evidential speech of either convention. He repeatedly appealed to people’s reason to make his case that this recession was so bad that not even he could turn things around in just four years. It was reported that speech writers crossed a lot of it out and Clinton added it all back in. Forty-eight minutes worth.

The response to all his data and arguments by postmodern supporters? “Bill Clinton is up there teaching,” tweeted Chris Rock. “Listen up young ppl…You better listen to EVERYTHING this man has to say!!” “Bill Clinton’s speech is fantastic. Passion, common sense, and straight talk!,” added Alicia Silverstone.

So what are the lessons from 2012 for tomorrow night’s debate? Or for us as we try to make our case at work or in ministry or win a hearing for the gospel?

First lesson: Evidence and reason DO move us

Just as Clinton made a very evidential, densely reasoned case for Obama in the Democratic Convention, Romney made a really good evidential case against Obama in the Presidential debate. When Obama did not offer his own arguments and evidence in his defense, Romney benefited substantially. In route to a campaign rally in Virginia the day after the debate his motorcade ran into so much traffic that he and his aides thought there had been an accident. But it turned out to be supporters jamming the roads, trying to get into his rally.

We are people who have been made to reason with our Creator and be moved by facts and reason. “Come let us reason together,” says the Lord, “though your sins be as scarlet they shall be white as snow.” As the cultural pendulum swings hard from a modern over-emphasis on thinking to a postmodern over-emphasis on feeling, we can see that neither approach resonates completely with who we are as human beings made in God’s image. We are both emotional and rational creatures.

The message God delivers in his Word is both facts and poetry. Proposition and metaphor. Jesus communicated with syllogisms and logic as well as parables and personal narrative. To a postmodern culture that asks, “Why does it have to be “either/or?” he favored the logical law of non-contradiction: “He who is not for me is against me.”

Second lesson: Strong, authentic emotion is powerful and contagious. But it can either repel our audience or draw them to us.

Obama intensely disliked Romney, much more so than McCain, his 2008 opponent. Stuart Stevens, the Romney Campaign’s chief strategist, had predicted that his antipathy would lead him to underestimate him. “They think there’s something intellectually inferior there.” Obama’s dislike for Romney combined with his smiling, occasional chuckles and remaining above the fray came off as “arrogant, entitled and detached from the turmoil tearing the nation. He appeared to be disdainful not only of his opponent but of the political process itself,” reported the Times.

When preparing for his second debate with Romney, Obama decided to use “the prewritten attack lines that he had sniffed at earlier. ‘If I give up a couple of points of likeability and come across as snarky, so be it.'” If your true feelings for someone are laced with contempt and disdain you can’t help but show them.

It was the same contempt and disdain Hillary recently exuded over Trump’s “basket of deplorables.” Those contemptuous emotions hurt both Obama and Hillary in the polls. It will be interesting to see how her antipathy for Trump plays in the debate.

But Clinton and Romney used a different approach. Their attacks were more respectful. With gentle humor, hopeful excitement, confident expectation, serious concern, deep longing–not overwrought but appropriate to the situation–Clinton and Romney both pulled their audiences into their emotional wake. So too we can contend for truth with respect and positively connect with our audience with a more aspirational tone.

As Phillip Yancey documents in The Jesus I Never Knew, Jesus was more emotional, not less than the average person. To be fully alive is to fully engage emotionally. And Jesus was the most fully alive person who ever walked the face of the earth. He shows us how to connect emotionally with others in word and deed.

Final lesson: Evidence and reason need to be wrapped in stories and delivered from the context of a life that shows I CARE.

The further he went in his campaign, the more Romney received high marks for wrapping his points and data in stories people could relate to and stories from his life that showed how he does care about people, even his political opponents.

Actually, the postmodern recovery of stories for the heart to make the facts and data come alive lines up more with God’s own holistic approach. The incarnation and sacrificial death of Jesus show to what lengths God will go to show us he cares for us. Just how close he is to the broken-hearted.

Always be prepared, the apostle Peter tells us “to make a defense to anyone who asks you for a reason for the hope that is in you; yet do it with gentleness and respect”(1 Peter 3:15-16). We are called to offer the truth of the gospel using reason, but also gentleness. I don’t believe that just means a gentle tone of voice. I believe it means the gentleness of stories, speaking as a fellow traveler, showing genuine empathy for others from an authentic life of love and care-giving.

In today’s postmodern times that combination is extremely hard to calibrate, as the Obama/Romney debate showed. Tonight we’ll see how well Trump and Hillary hit the mark. The press will be looking for evidence and data. The voters will be too, but they will also be more sensitive to the emotional pull of the candidates, which may take a few days to fully register.

Monday night’s great effort to reach today’s audience will offer us far more than a look at two candidates. The debate and the way it plays out in millions of hearts and minds can help us with what matters far more than politics—living a life that communicates truth and love.