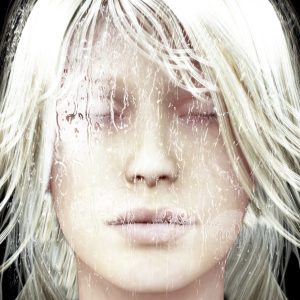 So many women are outraged, and rightly so, at Donald Trump’s boasting on the bus–his chauvinistic objectification of women to be kissed and groped because, by golly, he’s got star power and he can.

What better way to expose and embarrass the jerks that perpetrate them on women than to vote for Hillary? Put a woman in the ultimate place of power!

I get it. I empathize with the outrage. I’m voting out of outrage too. But it’s a very politically incorrect outrage that, sadly, isn’t much mentioned in this election.

I’m voting my outrage over the Planned Parenthood videos of last summer. How quickly we forget.

Did you watch any of them? Do you remember how sickening it was to watch abortionists seining the goo of tiny hands and brain tissue in search of a liver they could sell? How revolting it was to see PP leaders discussing how to use the best abortion technique to deliver the most baby parts or doing a negotiation dance about how much they might charge?

When the videos were released in the summer of 2015 I wrote a post about the outrage that millions of us felt at watching those videos:

Sometimes we need to be appalled. Shaken out of our apathy or generalized concern that does not translate into actions that matter far more to God. We stand in a long line of believers who read Scriptures like Proverbs 24:11-12 and ask God how he would have us respond:

‘Rescue those who are being taken away to death; hold back those who are stumbling to the slaughter. If you say, “Behold, we did not know this,” does not he who weighs the heart perceive it? Does not he who keeps watch over your soul know it, and will he not repay man according to his work?’

With these videos we’ve been handed the truth on a platter that took years of investigative journalism to prepare. Now is the time to not simply admire a man like William Wilberforce, [who exposed the evils of the slave trade] but be inspired by him. What can we do to end this human suffering?

After the release of these videos we saw many attempts to shut down Planned Parenthood’s ability to sell baby parts and even defund it. PP has fought back hard. Has any progress been made?

We saw a politically motivated jury in Houston indict David Daleiden, who made and released the videos, for his efforts to blow the whistle. In July, 2016 we saw the bogus charges dropped.

Investigations into the sales of baby body parts
We’ve seen many states investigate their local Planned Parenthood facilities for evidence of selling baby parts. But no charges have been filed.

However, the House empaneled the Energy & Commerce Committee’s Select Investigative Panel, chaired by Rep. Marsha Blackburn. In the first half of 2016, the Panel has uncovered a for-profit business model for fetal body parts harvesting at some of the largest Planned Parenthood affiliates in the country as well as the use of invalid consent forms with false representations to pregnant women and other violations of federal law.

Less than a week after the Panel was chartered, Planned Parenthood announced a “policy” change to no longer receive payments for supplying fetal tissue–after 3 months of insisting that these payments were completely legal and acceptable.

In March, 2016 Florida cut off funding to any Florida Clinics that provide abortion, but in August a federal court permanently blocked the law. Kansas has also been blocked from cutting federal funds to Planned Parenthood.

In September, 2015 the US House voted to prohibit Planned Parenthood for receiving any federal Medicaid funds for one year while their practices were scrutinized. But in February 2, 2016, the House failed to override President Obama’s veto.

Furthermore, in September 2016 President Obama’s administration announced a new regulation that would force states to give federal family planning funds to Planned Parenthood and other abortionists.

Supreme Court Decision
In another landmark abortion decision, in 2013 Texas passed legislation to require abortion providers to protect women’s health by complying with the kinds of medical and safety standards that legitimate medical centers meet. When Planned Parenthood sued, a federal appeals court upheld the law. But in June 2016, the Supreme Court struck down the Texas law.

Justice Clarence Thomas slammed the Court’s tendency “to bend the rules when any effort to limit abortion, or even to speak in opposition to abortion, is at issue.”

What are we prepared to do?
We should weep with women in crisis pregnancies. We should be there with practical help and prayer support. We should assure them that Jesus heals and forgives. We are also commanded to rescue those being taken away to death.

Hillary is committed to defending Planned Parenthood and abortion on demand. Even partial birth abortion. Even rolling back the Hyde amendment so that our tax dollars will be used to pay for them.

For his many faults, Donald Trump has made four major commitments to defending life:
▪Nominating pro-life justices to the U.S. Supreme Court
▪Signing into law the Pain-Capable Unborn Child Protection Act, which would end painful late-term abortions nationwide
▪Defunding Planned Parenthood as long as they continue to perform abortions, and reallocating their funding to community health centers that provide comprehensive health care for women
▪Making the Hyde Amendment permanent law to protect taxpayers from having to pay for abortions

I will vote my outrage over their tiny hands and no-longer-beating hearts in a pyrex dish. Maybe, if we all did, we could actually roll back this tide of death and destruction.

While both are an assault on human dignity, what provokes more outrage for you? Men making unwanted sexual advances or abortionists taking the lives of unborn infants? Please share your response in the comment section below…