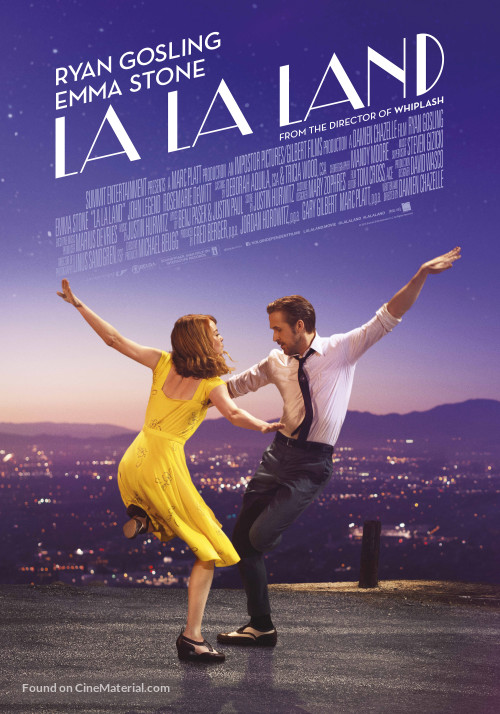 If you just watch the first half of La La Land, you’ll find yourself swept into the blue-sky, sunshine, and citrus colors of Hollywood dreams. The opening big production number on the jammed LA freeway introduces us to Mia (Emma Stone) and Sebastian (Ryan Gosling), off to a prickly start but eventually falling in love and cheering each other on. He wants to revive the lost art of pure jazz in his own club; she wants to become a famous Hollywood actress.

Just as Silverado tipped its hat to the iconic features of Hollywood westerns, so La La Land pays fresh tribute to the romantic musicals of the past. The film’s editor, Sara Preciado, put together this fascinating 2-minute video showing a side-by-side comparison:

Part one concludes with Seb and Mia’s Boy-Gets-Girl kiss in an iris fade so typical of bygone Hollywood Happy Endings. But, as in life and postmodern stories, the kiss is not the ending. Life and the movie goes on. The cost of pursuing their dreams rises and each one must choose how much to sacrifice for the other–a tension common to most couples, especially to women.

The second half begins with Mia and Seb singing the lovely Academy Award-winning song, “City of Stars,” a declaration that what everybody wants is love: “A voice that says, I’ll be here, And you’ll be alright.”

Spoiler alert: But life begins to tear at love. Sebastian faces the tension between doubling down on his passion for jazz, which is losing its popular appeal, or settling for playing keyboards in a very successful jazz-ish band of a former classmate (John Legend), whose music he doesn’t respect.

He decides he needs to grow up, be realistic, and take the steady job that will earn Mia’s respect. But “steady” comes at a high price. The constant touring takes him away from her.

Now able to rely on Sebastian’s increased income, Mia quits her job as a barista in order to focus on writing, directing and starring in her own one-woman play. She misses Seb but throws herself into all the details of production and design.

On the crucial day of performance Mia screws up her courage, steps on stage and plays to an almost empty house. Detained by a band photo shoot, Sebastian doesn’t show until it’s over. Mia is devastated. Her great risk to put herself out there is met yet again by rejection, humiliation and a debt to the theater she has no idea how to repay.

But, in fact, her risk pays off. A casting director caught her show and wants to talk to Mia about starring in a movie that will shoot for six months in Paris. What will happen to their relationship? Sebastian counsels her to give this opportunity everything she’s got. He intends to do the same–focusing on pure jazz and opening his own club.

In the final part of the movie Mia walks into the coffee shop where she used to work. Customers gaze after the now-famous actress who goes home to a beautiful house, beautiful child and handsome husband. But it’s not Seb.

That night they discover a Jazz club—Seb’s club-dream come true. When Seb and Mia lock eyes Mia can hardly breathe. Seb can hardly play. Sitting across from her husband, watching Seb perform, Mia’s pain is palpable.

The movie takes flight into a sparkling dream dance sequence, a replay of their romance where Seb makes different choices–not to settle and to love Mia more sacrificially.

In this dream story Mia lives in a not-quite-so-beautiful home, kisses a beautiful child with Seb’s coloring and the handsome husband is Seb. Regrets are undone. Love wins. They sit in the jazz club entwined in each others’ arms.

But the alternate reality fades back to the actual reality. The pain in Seb and Mia’s eyes ebbs into wistful smiles and each go their separate ways.

The emotional whiplash of the Rorschach ending invites the audience to interpret it according to their own longings and values.

One reviewer wrote, “It’s fine they don’t end up together…a happy ending doesn’t require its leads to still be in love.” Another wrote that the movie “leaves us in a bittersweet swoon over the happy endings we long for that can no longer be, because they’ve all been replaced by the beautiful mess we make.”

Culturally, we are so far down the rabbit hole of individual freedom and female empowerment that the idea of women sacrificing our dreams to offer steadfast love to the men we love seems not only undesirable but impossible. So 1950’s.

My dreams or his?

I understand the tension well. When I married Jack I knew he wanted to pursue his dream of theological education through a foreign missions ministry. That meant I would need to shelve my dreams of teaching worldview, at least for the foreseeable future, and embark on a mission training program.

Against the dissonance of the jungle soundtrack, the plasma screen of my imagination ran pictures of luminous Italian Renaissance frescoes and delicate Dutch interiors. Michelangelo. Massaccio. Vermeer. Holbein. Now, why wasI doing this?

“Father,” I prayed, “I love worldview, love the big picture. I love art and history and thinking about how the world pushes in on us. I love helping these kids push back. But there’s this other dream—to go where he goes…and…what happens to Michelangelo?”

In order for love to win usually someone has to sacrifice. Otherwise we make a mess. And honestly, it’s not “beautiful.” It’s broken and lonely. 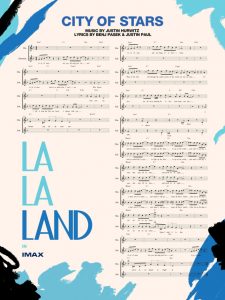 The “City of Stars” lyric aligns with the Biblical wisdom of Proverbs 19:22, “What a man needs is steadfast love.” We are designed for relationship. Nothing nourishes us like intimacy. But apart from the power to love, forgive and sacrifice that God gives us when we entrust ourselves to him, it’s elusive.

With him, we may still make a mess, but I’ve found that when I’ve trusted him, chosen what he values, leaned into his power to sacrifice, God has enabled more dreams than I could have imagined. Even if I had given everything I had to pursue them.

That night in the hammock I could never have dreamed how he would open doors to me as a pastor’s wife with the physical limitations of RA. Not only do I have a wonderful husband who has been able to pursue his dreams of ministry, but far from a University he gave me opportunities to teach classes and write books about worldview.

A friend in our church asked me to partner in a radio program where for almost five years we hosted weekly conversations with national leaders in Christian worldview and apologetics as well as influential skeptics. And continued opportunities flow from those experiences.

I see so many young women today choosing their careers over love and family. Just like Mia and Seb, the circumstances of their jobs put distance between them and the ones they love.

I guess what I’m saying is, I thoroughly enjoyed La La Land’s throwback music and dancing, the love story, the fine acting, the brilliant movie-making craft but…

“Is one ending of La La Land as good as the other?
Is it really true that lovers come and lovers go, but your LinkedIn bio lasts forever?”
Why sacrifice steadfast love for personal ambition?
Who do you know in their twilight years that is more comforted and enriched by their accomplishments than the love of a lifetime?”

God doesn’t give us lives that follow the perfect old Hollywood musical plotlines. But he does promise us more life and joy if we follow his way.

When we choose the way of love, the sacrificial way of Jesus, we are not just giving something up. We are choosing abundance. Entrusting ourselves to a loving Father who is able to fulfill our dreams in ways far beyond what we can ask or imagine. Even give us higher, more fulfilling dreams.

“For I know the plans I have for you, declares the Lord, plans for welfare and not for evil, to give you a future and a hope.”

Have you seen the movie? How did you respond to the ending? Please respond in the comments below…