On Sunday night Meryl Streep disappointed millions when she used her professional platform at the Golden Globes awards show to hammer Donald Trump and drive a bigger wedge between deeply divided Americans. 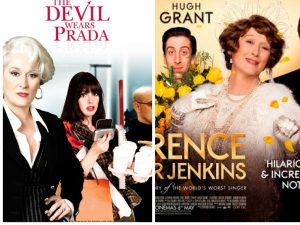 Full disclosure: I have been a solid Meryl Streep fan for years. Any actor who can play “the devil” wearing Prada and a no-talent, deluded socialite in Florence Foster Jenkins displays a tremendous range. (I reviewed her “formidable talent” in Florence here.)

The thing is, I get her critical remarks about President-elect Donald Trump. Although I think she chose the wrong example. Trump’s attack on a disabled reporter is in deep dispute. However there are plenty of other examples that aren’t. I’ve posted about how his philosophy of hitting back twice as hard comes off as alienating. Even bullying. It opens him up to people believing Streep’s version of what happened.

Streep said, “And this instinct to humiliate, when it’s modeled by someone [Donald Trump] in the public platform, by someone powerful, it filters down into everybody’s life, because it kinda gives permission for other people to do the same thing. Disrespect invites disrespect, violence incites violence. And when the powerful use their position to bully others, we all lose…”

Just when she could have had me, she lost me. In a great ironic turn, Streep did the very thing for which she criticized Trump. She used the power of her position to dump a big dose of disrespect on millions of Americans.

Streep said, “You (the Foreign Hollywood Press) and all of us in this room really belong to the most vilified segments in American society right now. Think about it: Hollywood, foreigners and the press….Hollywood is crawling with outsiders and foreigners. And if we kick them all out you’ll have nothing to watch but football and mixed martial arts…which,” she wagged her finger, “are not the arts.”

Maybe I’m being oversensitive, but it smacked of being snarky. A little too much like Hillary’s swipe at Trump’s “basket of deplorables.” As if she was pretty sure that if you didn’t support Hollywood over Trump, if you could settle for watching football and martial arts, you belonged right there in the basket–a cultural barbarian. A fan of Donald Trump and his vengeful ways.

In other words, she met Trump’s disrespect with disrespect, the very thing she was protesting.

Ms. Streep, in all sincerity and good will, I’d invite you to watch more football. If you had watched the College Football Championship the following night, you would have seen a whale of a game, hard fought, brilliantly strategized and beautifully played. Breathtaking passes and runs that approached the transcendence of art.

Most importantly, you would have seen the example of how America’s #1 coach, a man who follows Jesus Christ, responded to disrespect and even threats with Christian grace: “When reviled, we bless; when persecuted, we endure; when slandered, we entreat.”

In April 2014 Clemson Coach Swinney was threatened by the Freedom from Religion Foundation for leading purely voluntary Bible studies, prayer times and “church days” for his athletes. The Foundation sent the Clemson general counsel’s office a letter alleging that “Christian worship seems interwoven into Clemson’s football program.” They demanded that Swinney “cease” his allegedly unconstitutional religious activities and “train” the coaching staff, adding that they would “monitor their conduct going forwards.” The coach defied the Foundation and the University stood behind him.

“I’m thankful to the good Lord, all our players…Hey listen, I love the University of Alabama. I love the people there, Coach Saban’s so gracious, the heart of their team. This will go down as one of the greatest of all time. There’s no doubt about it. But it was our night, and it was our time…Man, I’m just thankful, and I know so many people were a part of this. It’s a blessing.”

If Ms. Streep did watch, she saw a championship coach respond to bullying by lifting high a banner of love and respect in Jesus’ name…over his team, over his opponents. Leading in a way that diffuses conflict and builds unity. Continuing to defy the Freedom from Religion Foundation in the most loving way. 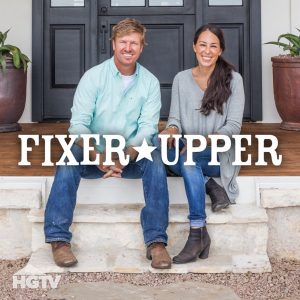 It’s the same message we’ve heard from HGTV Fixer Upper couple Chip and Joanna Gaines. A few months ago they were attacked by BuzzFeed (yes, the same BuzzFeed that just published 32 pages of fake news about Russian “intelligence” on Trump). BuzzFeed reported that the Gaines attend a church where the pastor had preached a sermon against homosexuality.

Chip and Joanna have never mentioned LGBT issues, but BuzzFeed researched where they went to church, searched their pastor’s sermons online and found the sermon they spotlighted, delivered the Sunday after the Supreme Court legalized gay marriage.

They then asked, “So are the Gaineses against same-sex marriage? And would they ever feature a same-sex couple on the show, as have HGTV’s House Hunters and Property Brothers? Emails to Brock Murphy, the public relations director at their company, Magnolia, were not returned.” The article insinuated that, like their pastor, the Gaines were homophobes.

In a recent “New Year’s Revelation” Chip finally responded to the November attack, telling people that, “we care about you for the simple fact that you are a person, our neighbor on planet earth.

“It’s not about what color your skin is, how much money you have in the bank, your political affiliation, sexual orientation, gender, nationality or faith,” Chip wrote. “That’s all fascinating, but it cannot add or take away from the reality that we’re already pulling for you. We are not about to get in the nasty business of throwing stones at each other, don’t ask us to cause we won’t play that way.

“We want to help initiate conversations between people that don’t think alike. Listen to me, we do not all have to agree with each other. Disagreement is not the same thing as hate, don’t believe that lie.

“Our family wants to fight for a world that knows how to lovingly disagree. We believe it starts when we operate from a position of love in all things. If your position only extends love to the people who agree with you, we want to respectfully challenge that position. We propose operating with a love so real and true that you are willing to roll up your sleeves and work alongside the very people that are most unlike you. Fear dissolves in close proximity. Our stereotypes and vain imaginations fall away when we labor side by side. This is how a house gets unified.”

What a contrast these three Christ followers offer to Ms. Streep. She used her platform to drive a wedge of disrespect and antipathy between “us,” Hollywood, the press, foreigners and celebrities, and “them,” Donald Trump and the basket of football-loving, martial arts-loving deplorables who support him.

Coach Swinney and the Gaines family did not revile in kind when attacked, but showed us how to bless in response. When persecuted they have endured. When slandered they have beautifully entreated that we lovingly disagree and fight for unity.